Stormiest Spring and Summer In More Than A Decade

Severe Weather Rumbles Through The Northland

If you think it’s been a rather active and stormy spring and summer across the Northland, you’re right.

Numerous severe weather events have brought damaging winds and hail, along with massive and historic flooding.

As of Thursday, July 12, 2018, the National Weather Service office in Duluth, Minnesota, has issued 134 severe thunderstorm warnings this year.

Checking the last fourteen years of records, this year beats the 127 warnings that had been issued through this date in 2011.

The average-to-date for severe thunderstorms warnings over the past fourteen years is 82! 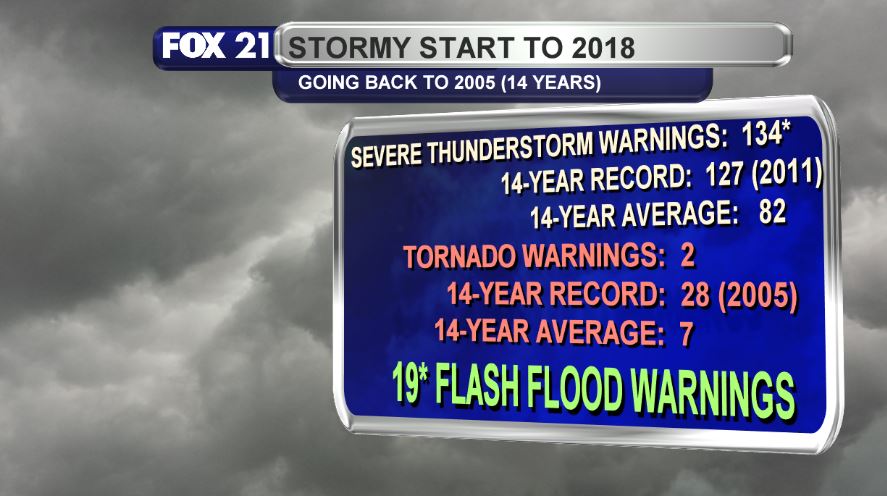 As for tornado warnings, the Duluth NWS office has only issued two this year, including the one Wednesday night for Koochiching County.

The 14-year average-to-date is seven and the record-to-date over the past fourteen years was 28 in 2005.

So far, in 2018, there have been nineteen flash flood warnings issued across the Northland, which the most in the last fourteen years!

These numbers don’t include warnings for Gogebic and Ontonagon counties in western Upper Michigan.

While they are in the Fox 21 viewing area, the two counties are covered by the National Weather Service office in Marquette, Michigan.