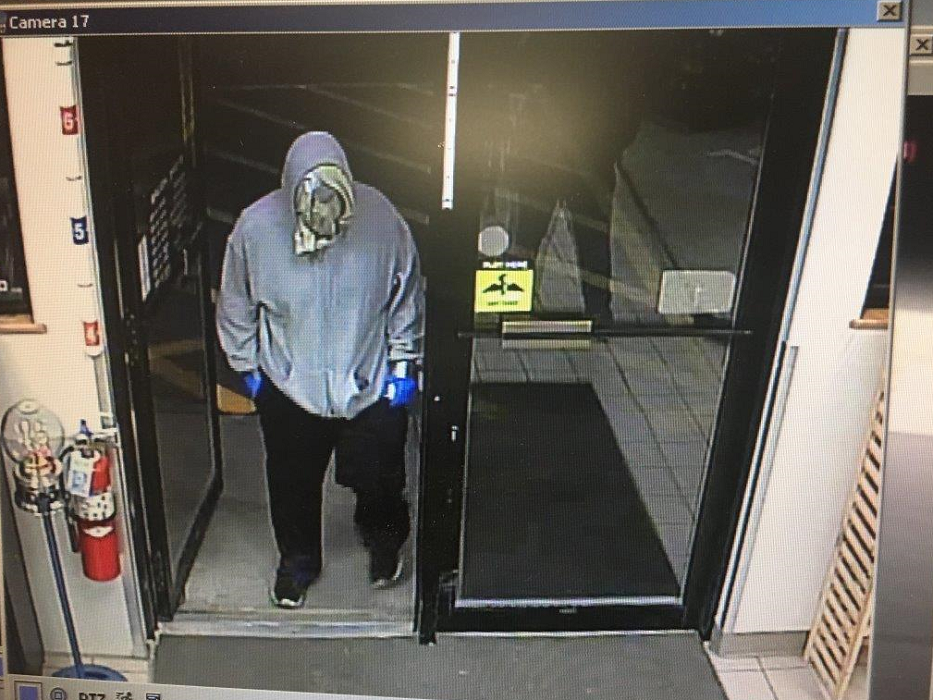 EVELETH, Minn. – Just before 10:00 p.m. Thursday night the Eveleth Police Department responded to the Ely Lake Short Stop regarding a report of an armed robbery.

Authorities say a female called in the report stating a male entered the store with a knife and robbed her.

The male took cash and then tied her up before fleeing the store.

The suspect is described as being 5’10” wearing a grey hooded sweatshirt, black pants, black shoes, rubber gloves, and had a green material covering his face.

The store clerk was not injured in the robbery.

Anyone with information regarding the incident or the identity of the male is asked to contact the Eveleth Police Department at 218-744-7560 or 911.