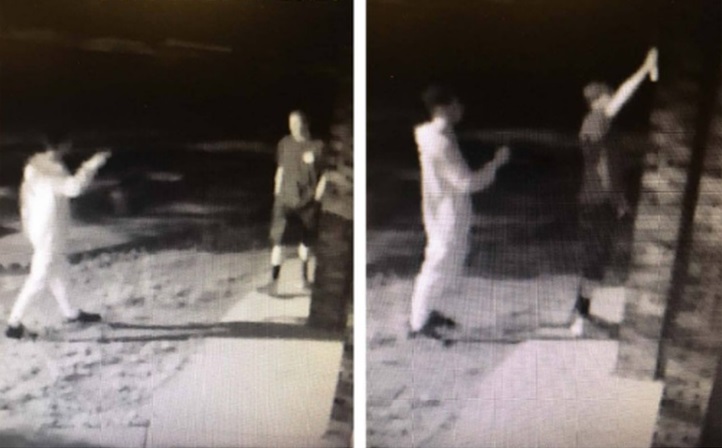 Police released images from a surveillance video showing what authorities say are two men spray-painting graffiti on the outside wall of the Islamic Institute of Minnesota’s Al-Salam mosque.

The messages included the number 666 and the words “Jesus Saves,” along with a cross and other graffiti.

The Minnesota chapter of the Council on American Islamic Relations says the graffiti included obscenities.

The incident comes about a year after a mosque was bombed in Bloomington. Three Illinois men are facing federal explosives and hate crime charges in that incident, as well as a firearms-related charge.