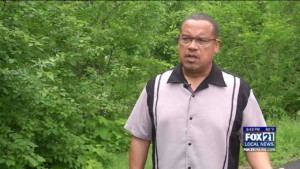 The allegations surfaced Saturday night from Karen Monahan after her son alleged in a Facebook post that he had seen messages from Ellison threatening her and video of the congressman screaming obscenities at her as he dragged her off a bed by her feet. Monahan said via Twitter that what her son posted was “true.”

The Minneapolis woman did not respond to a request from The Associated Press asking for copies of the video or text messages. Ellison says the video does not exist and denies behaving that way.

The allegations come days before Democratic voters choose between Ellison and other candidates in a Tuesday primary for attorney general.