Eckart is Set to Host an Album Release Sunday, August 19 at Clyde Iron Works in Duluth

The album is called “Out of the Blue,” and will focus on going back in time with songs similar to the sounds of Marty McFly, Johnny Cash, Elvis and many more great performers from the 50s and 60s.

Click here to learn more about Todd Eckart and his musical talents. 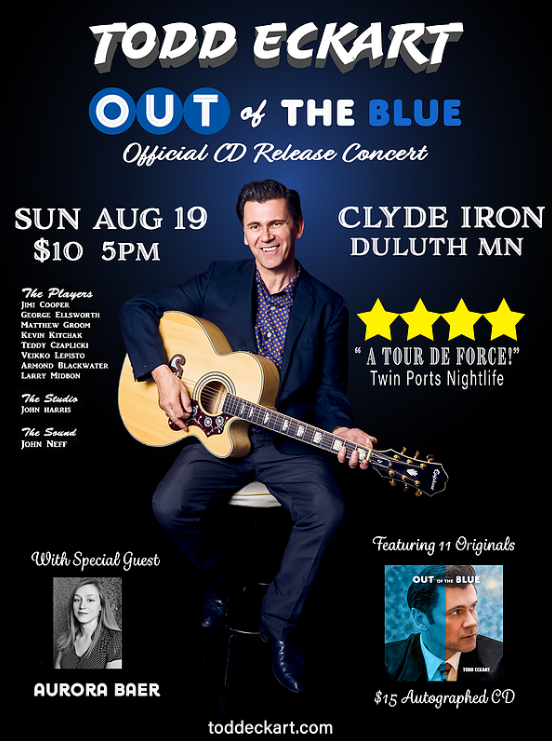