“Imagine Canal Park” During the Month of September

The City of Duluth Won a Knight Cities Challenge Grant of Over $200,000 to Help Bring the Project to Life

The project is made possible thanks to a Knight Cities Challenge grant of more than $200,000 dollars, received in June of 2017.

The grant will expire in December of 2018.

City officials say as part of the City’s Imagine Duluth 2035 comprehensive plan update, Imagine Canal Park was designed to reshape the Canal Park neighborhood’s accessibility and attractiveness to residents and visitors regardless of background, ability, or income.

For the next two weeks, the City of Duluth and its partners are planning to redesign and energize the Lighthouse Parking Lot, located at 504 Canal Park Drive.

The space will be turned into an interactive “pop up” community space for the first two weeks in September.

A pedestrian plaza will also be constructed on Buchanan Street for the month.

Striping and parking lane changes will occur on South Lake Avenue to prepare for traffic rerouting and the planned temporary closures of Buchanan Street and the Lighthouse Parking Lot.

New wayfinding signage will help the public explore the newly created Imagine Canal Park community spaces, other attractions and provide opportunities for feedback on the initiative.

An official kick off event is also planned for September 7 in the Lighthouse Lot with fun activities and entertainment provided free for families and individuals courtesy of community partners. 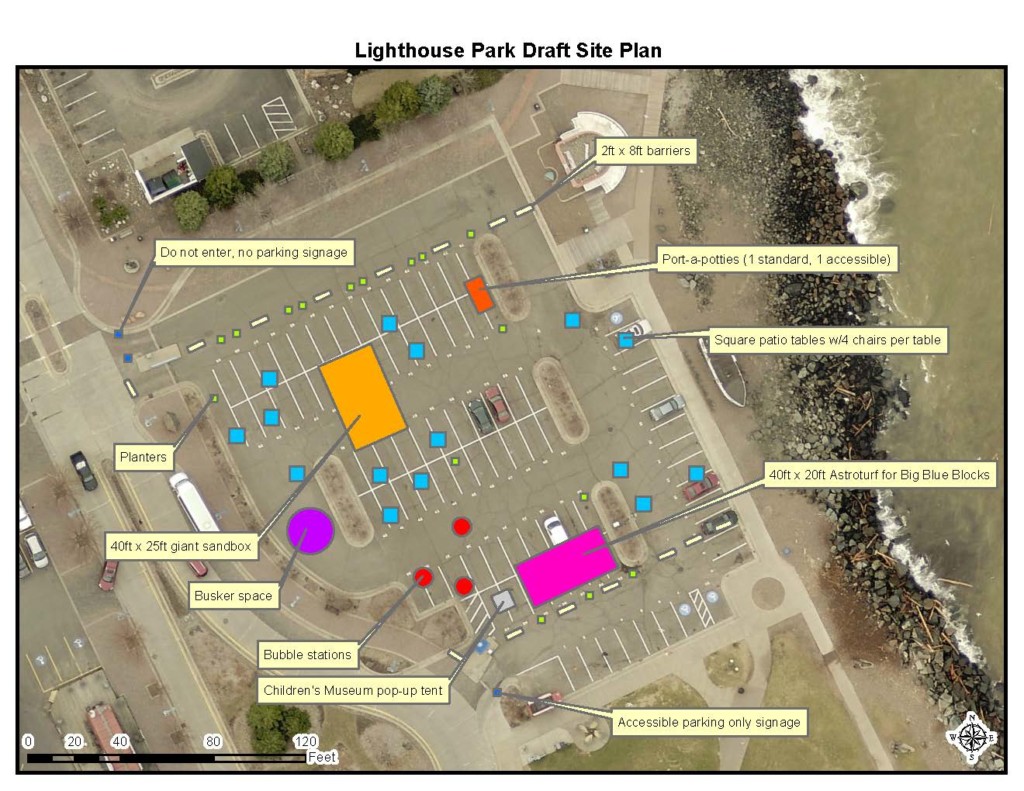