THE FIRST MEASURABLE SNOWFALL OF THE SEASON HAS ARRIVED!

Snow amounts range from a trace to 3″ of heavy wet snow! It began falling around 8pm Thursday evening and came to an end on the Arrowhead at 10am Friday.

It is the perfect snow to make snowmen, have a snowball fight and build forts! But the heaviness of the snow is also causing trees to bend and snap. Be aware of fallen trees and limbs crossing roads. Of course, remember your snow boots too as you head out today! 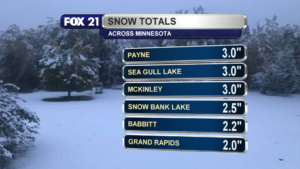 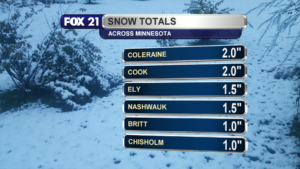 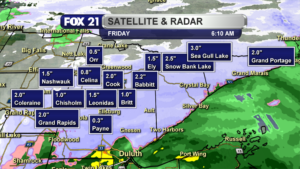 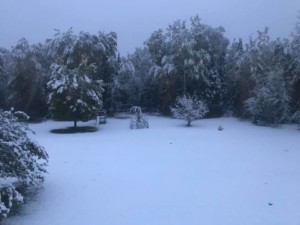 Even Ironwood, MI had reports of a trace of snowfall on the ground! Warm Lake Superior (57°) didn’t stop it! 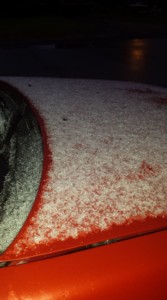 A majority to ALL of this snow will melt by the afternoon hours, as above freezing temperatures and rain is expected to drench northern Minnesota. No more snow is in the forecast through this weekend.