Minnesota Duluth scored 13 points in the first quarter to come out on top. 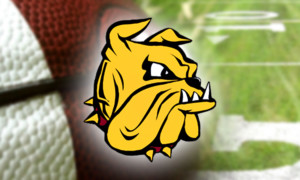 Mike Rybarczyk made his first start of the season and did not disappoint, completing 12 of 24 passes for 162 yards. He also ran in two touchdowns of his own and caught a touchdown from Nate Ricci.

The Bulldogs are now riding a 16-game regular season win streak, and will look to protect that next Saturday as they take on University of Minnesota Crookston for their final NSIC road game of the season.