Hotels in the Area Fearful of Consequences, Councilor says No Worries

SUPERIOR, Wis.- The new ATV trail through the city of Superior does not actually connect to Barker’s Island, and the other hotels in the area.

The staff at Barker’s Island Inn says the lack of ATV trail connection hurts their business.

But City Councilor Brent Fennessey, while still working on reconnecting the hotel, doesn’t see that as the case. 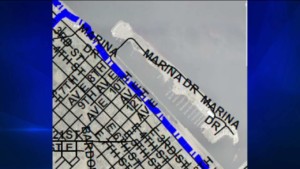 Here’s the portion of the trail near Barker’s Island.

As you can see it does not continue down Marina Drive to the hotel in the summer, leaving it out.

A fact that the sales manager at Barker’s Island Inn says is detrimental.

“It affects us in the summer, ’cause that’s business lost,” said Marquise Slay, Sales Manager at the Inn. “That’s business lost to the city, I believe, because they have the hotel motel tax that will greatly affect them as well.”

Superior Council Vice President Brent Fennessey says the prime reason it doesn’t connect is because the trail is already used by walkers, bikers, and others.

He adds that they can’t move the ATVs to the highway or residential areas yet.

Yet, Fennessey believes it’s too early to make the call that business will be lost.

“We’ve never had an ATV trail. So to say that there’s gonna be business lost, I don’t think we have anything to compare it to,” he said. “I think it’s gonna be a boost to our hotel motel tax and in turn we can use that to drive more tourism.”

Fennessey says he is working on a new Osaugie trail that will connect to Barker’s and other hotels.

Although, the nearby railroad is one obstacle to figure out through that process.

Meanwhile the new city routes for ATVs and snowmobiles are open, with signage in place.