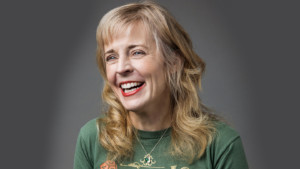 DULUTH, Minn. —  Duluth-raised Maria Bamford has added a second night of comedy to the NorShor Theatre this February.

Bamford, whose parents and sister still live in Duluth, most recently got nationwide attention for her semi-autobiographical Netflix comedy series “Lady Dynamite.”

Rolling Stone named her one of its 50 Funniest People, and she’s the winner of the 2014 American Comedy Award for Best Club Comic.