Heavy Snow Heading to the Northland

DULUTH, Minn-   A quiet Christmas Day across the Northland with only a few snow flurries will give way to the first widespread major winter storm of the season.

As travelers head out Wednesday, the road conditions will deteriorate later in the day as snow moves in by evening. 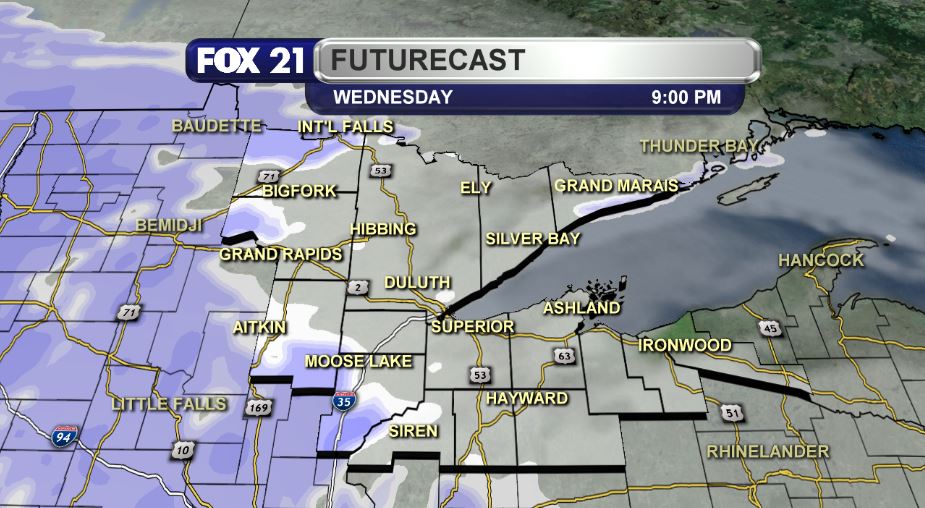 Rain and freezing rain will also mix with the snow across northwest Wisconsin, at times, and initially, this will cut back on snow totals there. 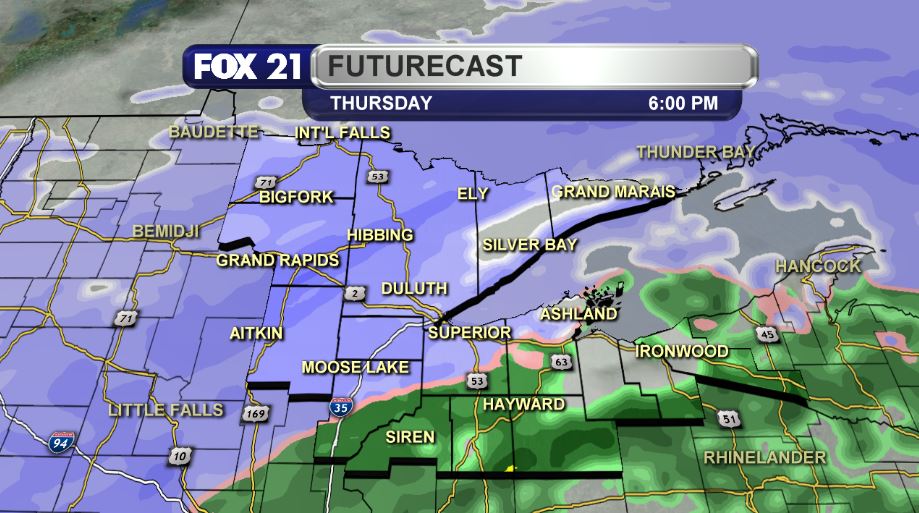 A “Winter Storm Warning” goes into effect Wednesday evening through midday Friday for the Minnesota Northland and parts of northwestern Wisconsin.

A “Winter Storm Watch” goes into effect for the same time period for the rest of northern Wisconsin and western upper Michigan. 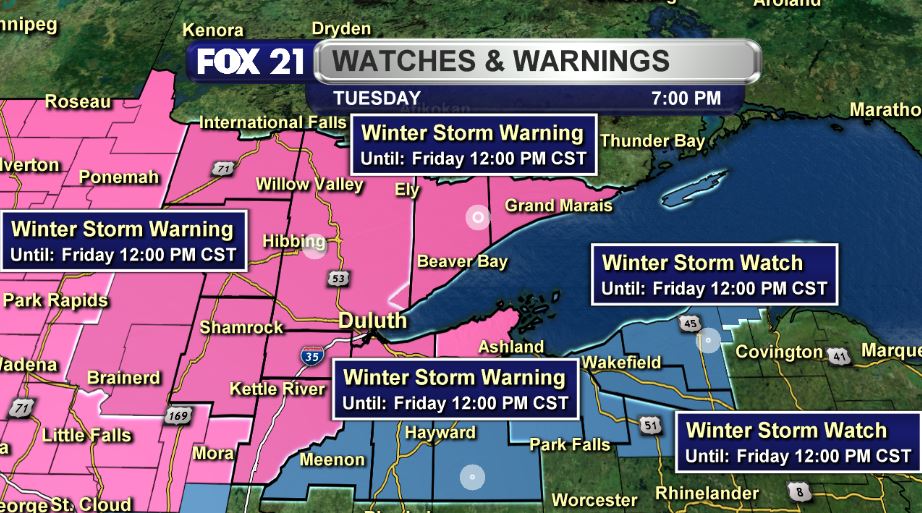 Generally, snowfall amounts will be in the 6”-12” range.  Around the Twin Ports, we could be on the higher end of that range.

Higher amounts, 12”-16”, will be possible along Minnesota’s North Shore.

As with any snowstorm, there will be isolated higher snow amounts.  With that being said, rain and freezing rain mixing with the snow across Wisconsin could produce lower amounts there.

Here’s a look at the late evening American and European models.  I’m definitely leaning toward the snow totals from the European model. 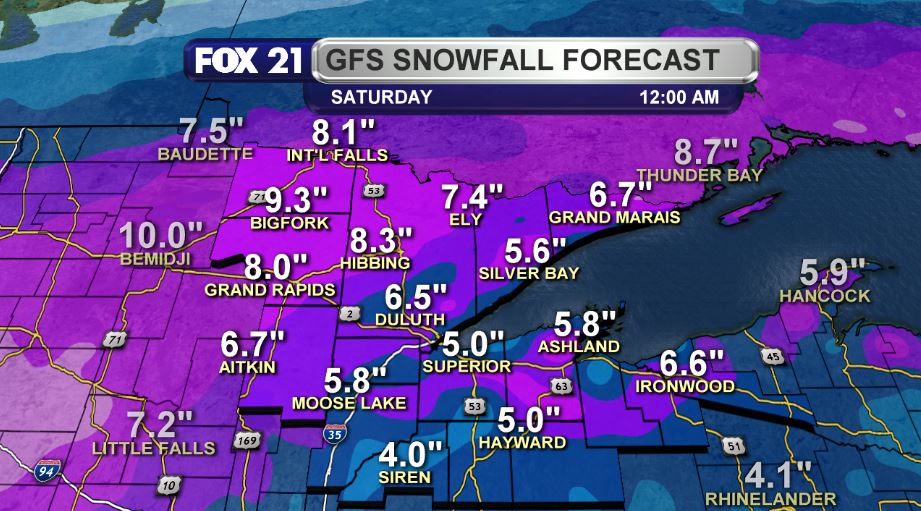 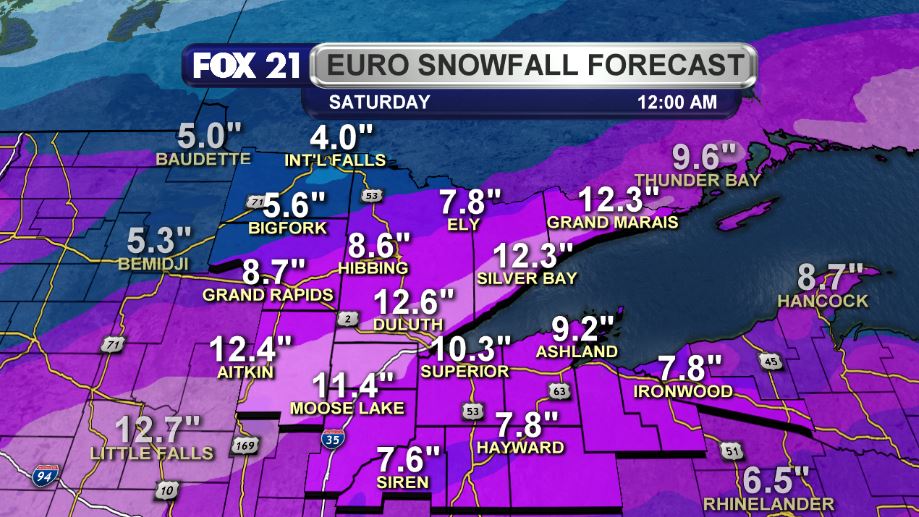 Along with the heavy snow, winds gusts of 30 mph are likely Thursday and Friday.