Winter Storm Heading To The Northland

It’s an official “White Christmas” across the Northland with 3″ of snow on the ground in Duluth, Minnesota, but heavy snow is on the way to the Northland later this week.

After a quiet Christmas Day with only a few snow flurries, that much advertised winter storm that I’ve been talking about since last week finally starts bringing snow to the Northland Wednesday night.

Rain will also mix with the snow across northwest Wisconsin and downstate Minnesota and this will cut back on snow totals there.

A “Winter Storm Watch” goes into effect Wednesday evening through Thursday night for much of Minnesota, including all of Northeast Minnesota. 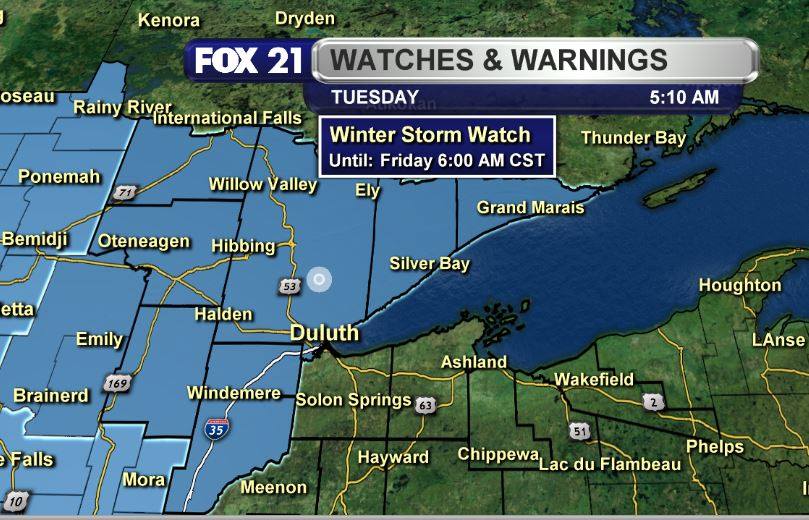 While significant snow is expected across Northwest Wisconsin, too, it is not included in the “Winter Storm Watch”.

Generally, snowfall amounts will be in the 6”-12” range.  Around the Twin Ports, we could be on the higher end of that range.

Higher amounts, 12”-16”, will be possible along Minnesota’s North Shore.

As with any snowstorm, there will be isolated higher snow amounts.  With that being said, rain mixing with the snow across Wisconsin could produce lower amounts there.

Here are the GFS and European computer model forecasts. 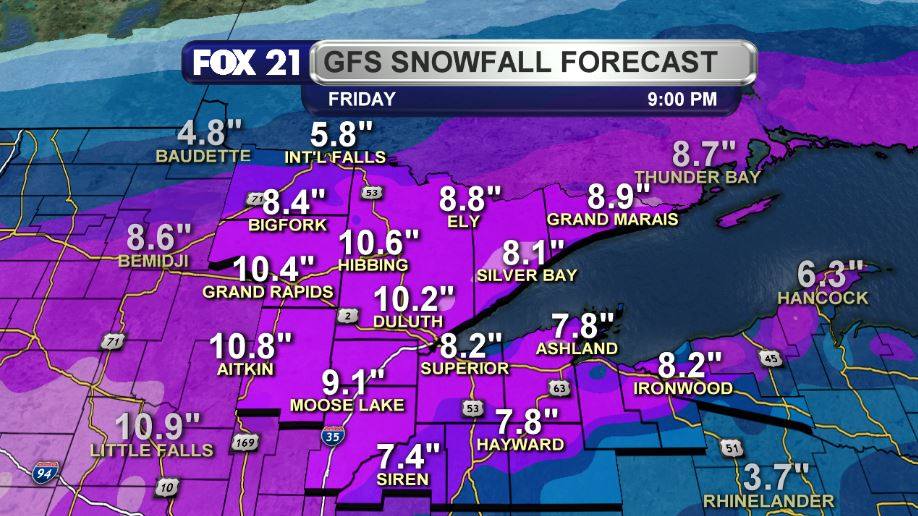 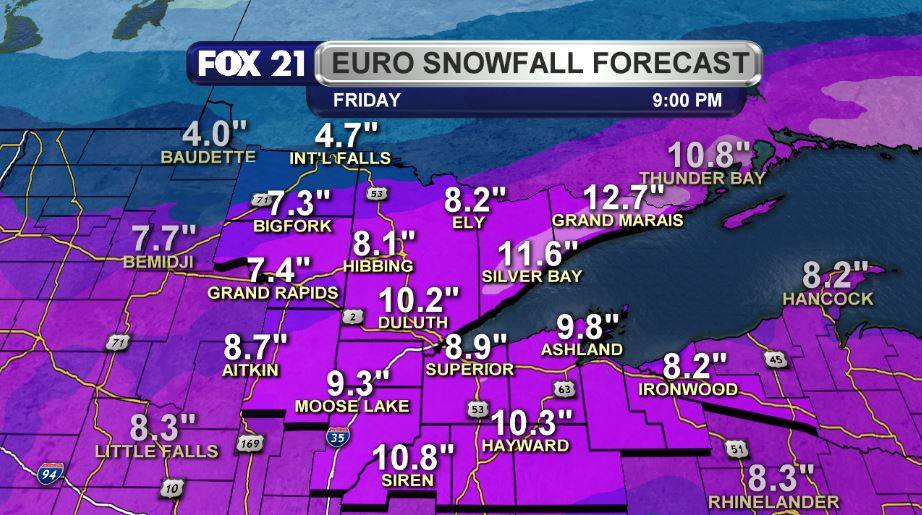 Along with the heavy snow, winds gusts of 30 mph are possible Thursday and Friday.