Strong Winds, Ice and Rain Will Accompany the Storm

DULUTH, Minn. –  A major winter storm is heading toward the Northland just as holiday travelers hit the roads.

The much advertised event will bring significant snow accumulations to Minnesota and Northwest Wisconsin, along with some freezing rain and rain to parts of Wisconsin, downstate Minnesota and western upper Michigan.

Road conditions will deteriorate from the southwest late Wednesday afternoon and evening.

A “Winter Storm Warning” goes into effect Wednesday evening through midday Friday for the Minnesota Northland and for Bayfield and Douglas counties in northwestern Wisconsin.

A “Winter Weather Advisory” runs from tonight through midday Thursday for the rest of northern Wisconsin and western upper Michigan. 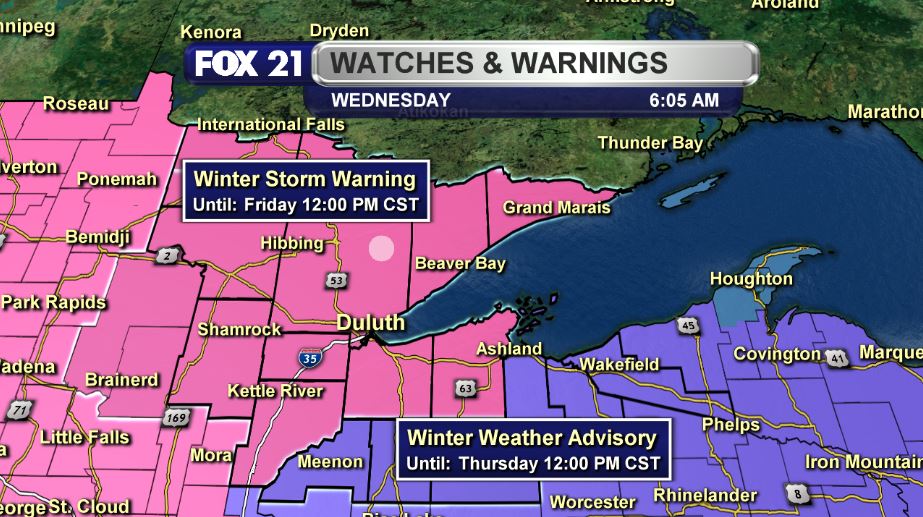 These hometowns are not under a “warning” and the “advisory” ends earlier because we’ll likely see a transition to rain or a wintry mix Thursday.  This will cut back on snow accumulations there. 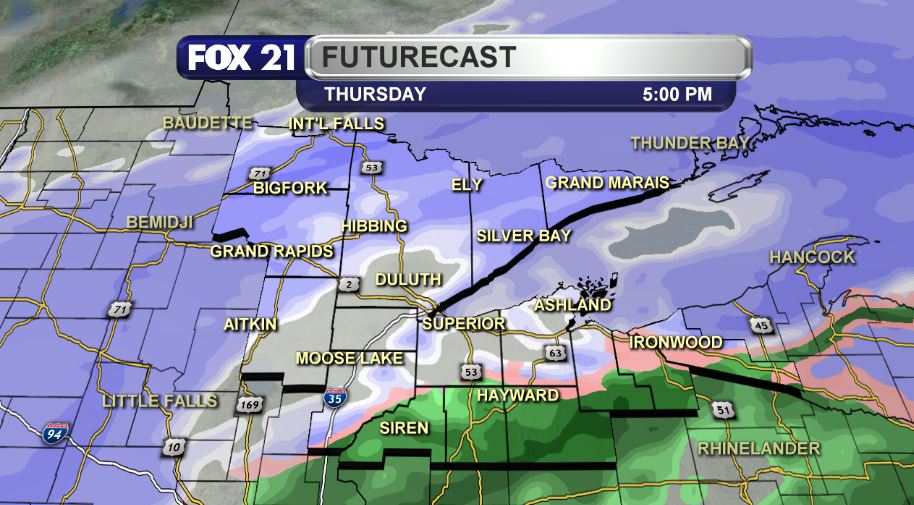 Generally, snowfall amounts will be in the 8”-12” range.  Around the Twin Ports, we could be on the higher end of that range. 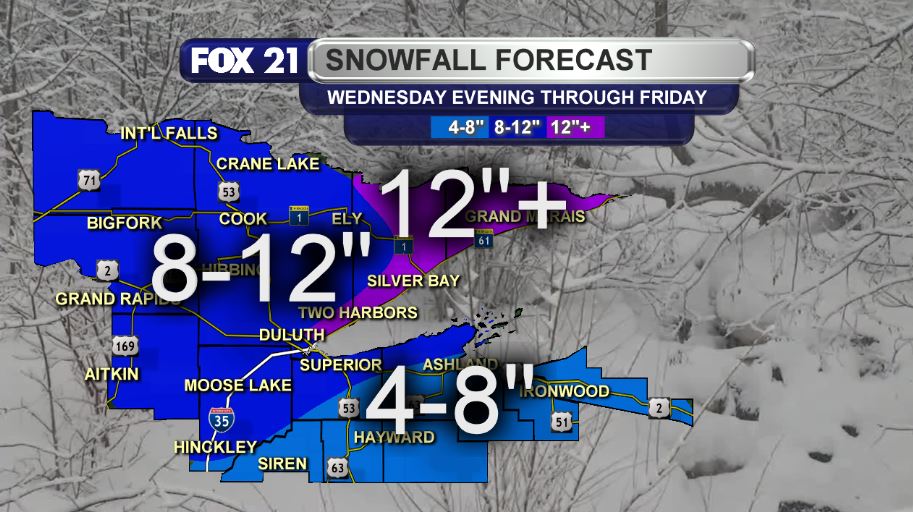 Even higher amounts, 12”-16”, are possible along Minnesota’s North Shore.

Across the “advisory” area over northern Wisconsin and western upper Michigan, the wintry mix and rain will cut back the storm totals to 4”-8”.

As with any snowstorm, there could be isolated higher amounts.

Strong winds will accompany this winter storm with gusts to 30 mph Thursday and Friday.

More light snow is likely New Year’s Eve with another shot of very cold air to kick off 2019!