More Heavy Snow Will Fall Across the Northland

The much advertised first major widespread winter storm of the season is bringing heavy snow and a wintry mix to the Northland. 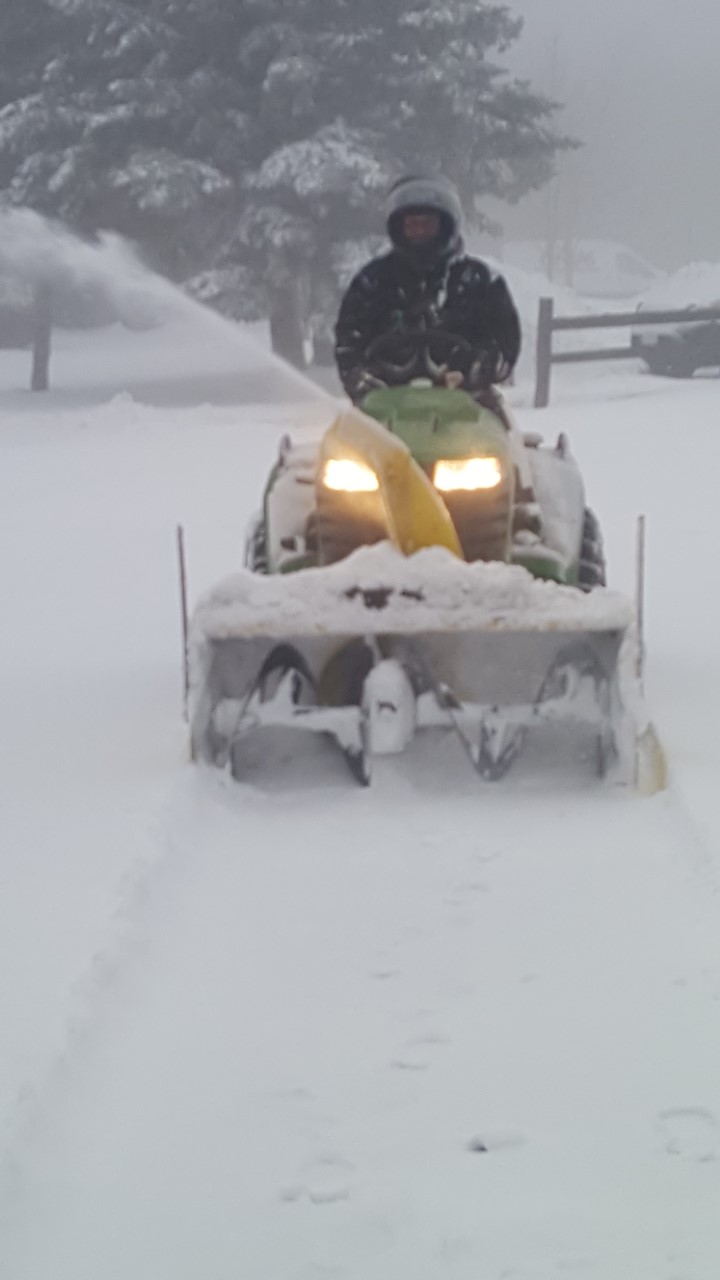 A “Winter Storm Warning” remains in effect through Friday morning for all of northern Minnesota and until noon Friday for Bayfield and Douglas counties in Wisconsin.

Also, in Wisconsin, a “Winter Weather Advisory” remains in effect through 9 a.m. Friday for Burnett, Sawyer, and Washburn counties and through 6 p.m. Friday for Ashland and Iron counties.

For Gogebic and Ontonagon counties in Michigan, the “Winter Weather Advisory” runs through 6 p.m. Friday. 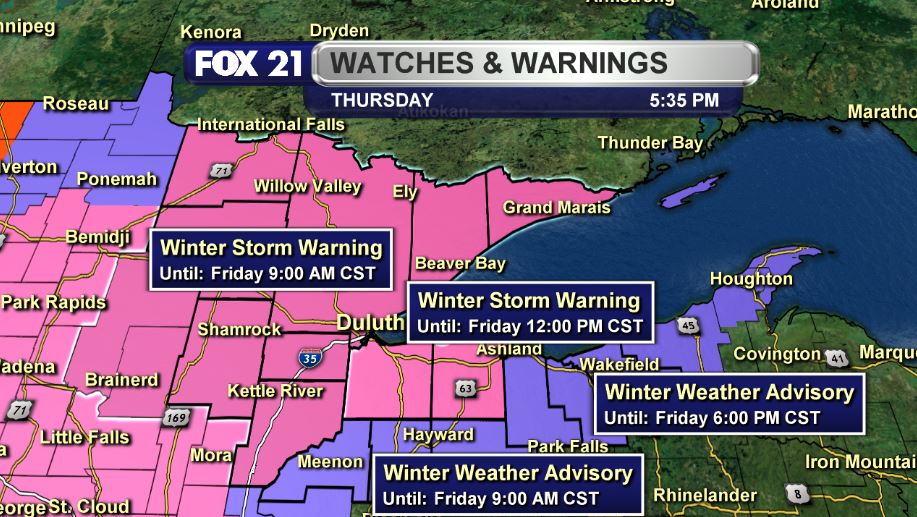 While snowfall has been heaviest across Minnesota, generally speaking, 3”-8” has accumulated.  There have been a few hometowns with less than that and across Minnesota’s North Shore, some locations have picked up more than a foot of snow! 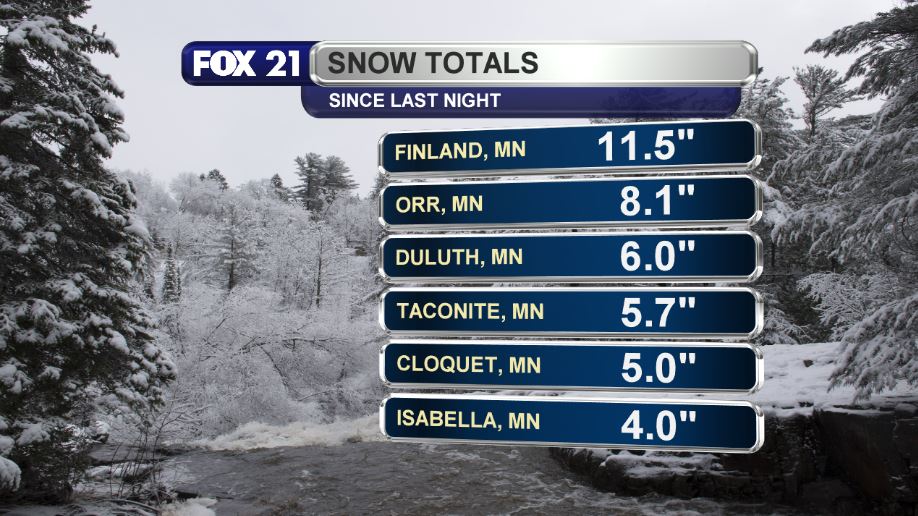 Warmer air brought a combination of rain, freezing rain, and snow to parts of Northwest Wisconsin and western upper Michigan.  That’ll change back over to snow later tonight or early Friday.

As we go through the night into Friday afternoon, another 2”-7” of snow will likely accumulate.

When all is said and done, generally 8″-14″of snow will accumulate across much of the Northland.

However, along the North Shore, it wouldn’t be out of the question to see 18″ of snow. 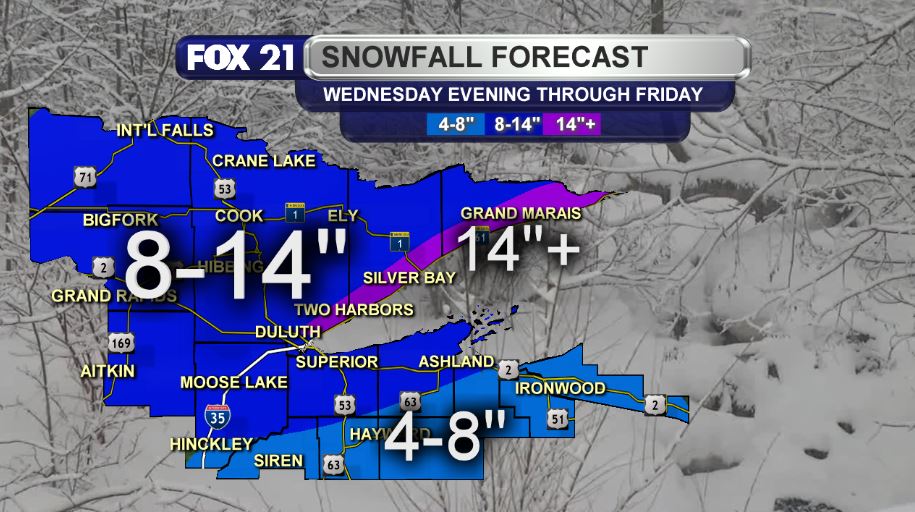 Snowfall totals across parts of Northwest Wisconsin and upper western Michigan will end up in the 4″-8″ range.

Once the snow ends Friday, bitterly cold air settles in Friday night and Saturday.  Early morning lows Saturday will generally be -5° to -15° with even colder wind chills!

Saturday’s highs will only make it to around 8° to 13° even with sunshine.

More snow is on the way Sunday night through New Year’s Day!

This will be followed by another shot of even colder air!

Lows next Wednesday morning could drop to -15° to -25°!  Those are the actual temperatures, not wind chills.

Biden Says ‘We Have To Act’ After Texas School Shooting