Moderate to Heavy Snow Heading to the Northland

DULUTH, Minn. – After a quiet, mild weekend, our next winter storm moves into the Northland Sunday night and Monday. 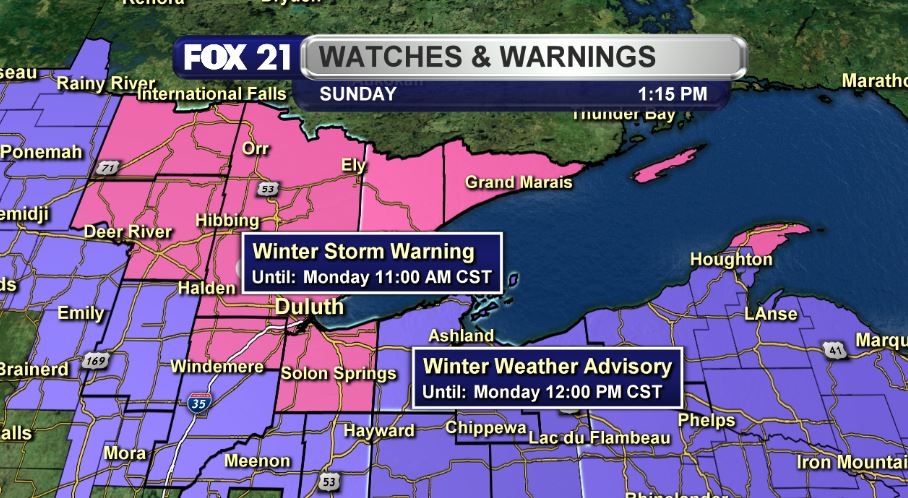 A “Winter Storm Warning” runs Sunday evening and runs through early Monday afternoon for Cook and Lake counties in Minnesota and for the North Shore.

A “Winter Weather Advisory” goes into effect from Sunday evening through Monday morning for Aitkin and Pine counties in Minnesota and for Ashland, Bayfield, Burnett, Iron, Sawyer and Washburn counties in Wisconsin, and for Gogebic and Ontonagon counties in Michigan. 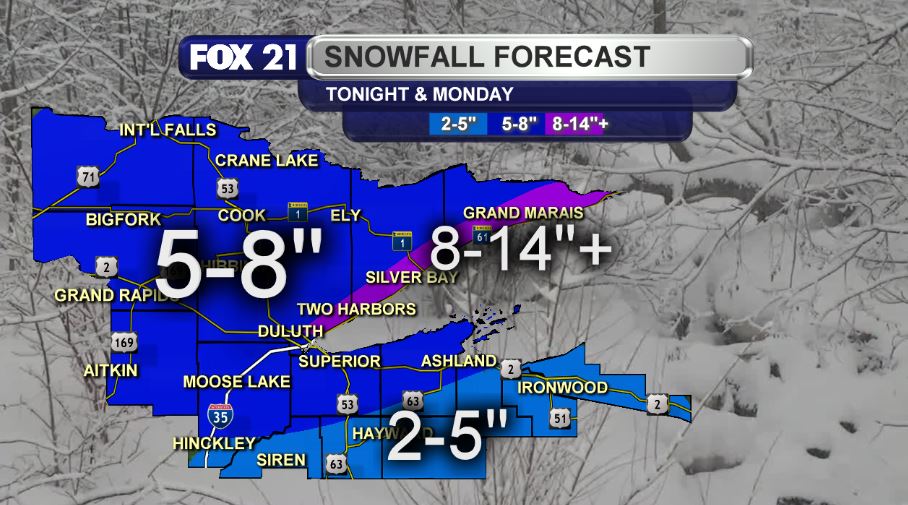 With highs in the 30s Monday, rain or freezing rain will mix with the snow as the storm system moves through Wisconsin.

This could cut back on the snow totals away from the North Shore.  So, the lower end of the ranges may be more realistic if we get that warm.

The wintry mix or snow will diminish to flurries by early afternoon.

A strong cold front will bring a period of light snow Tuesday afternoon and much colder temperatures for the rest of the week.

Highs will be in the single digits and teens Wednesday and Thursday and in the teens to around 20° Friday.

Overnight lows will be around -10° to around zero Tuesday night and -10° to -20° Wednesday night.

Another system will bring more accumulating snow Thursday night into Friday night with more South Shore lake effect snows into the first part of the weekend.