SUPERIOR, Wis. – Jim Bolin, the longtime owner of the President’s Liquor, Bar, One Stop and car wash, is beginning to move close to retirement by selling off half of his business to Korner Store owner Derek Medved.

“I’ve come here every morning for 62 years, and it will be different not to have the convenience store,” Bolin told FOX 21’s Dan Hanger.

Bolin is a born-and-raised resident of Superior who defines his life into three categories.

“I have my religion, of course my family and my business. In that order,” Bolin said.

“It’s more than just a business, it’s a part of my life,” Bolin said.

But at 82 years old, healthy and still working 10-hour shifts, Bolin has made the tough decision to start pulling back by selling off half of the business. 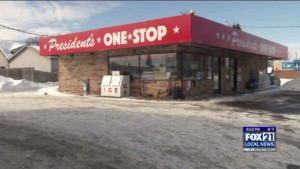 “It is a big deal to me. Letting going completely would be pretty tough,” Bolin said.

“I mean Jim, himself , I idolize him a lot for what he has done and how he has turned this block into a phenomenal establishment,” said Derek Medved, owner of the Korner Stores.

“I’m really excited. I think Superior is a very business-friendly community. A lot of great people over here,” Medved said.

Medved is turning the gas station into a BP while branding the business as President’s Korner Store with upgraded pumps, signage, lighting, and more options inside the convenience store.

“I think we’re going to hopefully carry the torch, you know, for years to come — and I just look back and think of all the cool things he’s done, so I’m very honored to have this opportunity,” Medved said.

Bolin doesn’t have any immediate plans to sell the liquor store and bar. 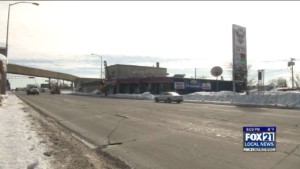 He’s taking it day by day while continuing to cherish the life-long relationships he’s made with customers over the past six decades.

“On their fishing trips, on their vacations, coming back from Florida, sailors off the great lakes,” Bolin said of his customers.

Words from a seasoned business owner that much younger Medved is clearly paying attention to as he continues to build his Korner Store brand.

“We’re going to be one of the very few of the locally owned gas station chains in the Northland. We’re very proud of that and we want to continue growing, and giving the customers, and the neighborhood and community — local sort of shopping, so there’s pride in that,” Medved said.

Medved has first right of refusal when Bolin decides to sell the president’s liquor store and bar whenever that day comes.