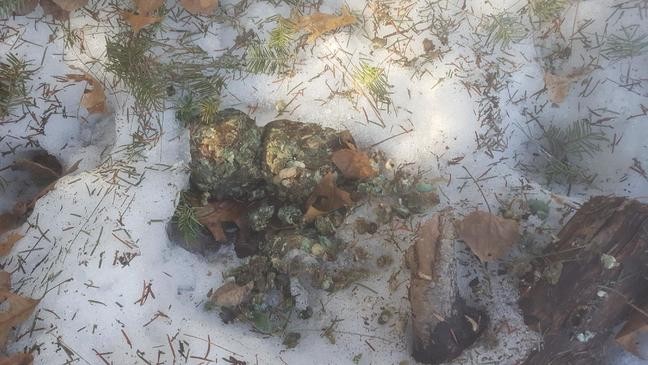 (WLUK) — Authorities are investigating after several dogs and wildlife were found dead after ingesting possible poison in northern Wisconsin.

The state Department of Natural Resources says since December, dead animals, including domestic dogs, coyotes, weasels, raccoons and a wolf, were reported in Bayfield, Marinette and Florence Counties.

There is the possibility, the DNR says, that this could be happening in other counties.

A photo released by the DNR shows a sample of what was recovered at one of the locations of a canine fatality. Investigators say each dog died in less than 30 minutes after ingesting the substance.

Officials say the deaths occurred on public properties managed by the U.S. Forest Service and the Goodman Timber Company.

Lab tests are underway to confirm the cause of death of these animals.

People walking their pets are recommended to keep them on leashes and to restrict their movements off roadways and into contact with possible poison.

If you have any information or a tip, please contact the Wisconsin DNR hotline at 1-800-847-9367. You can also report online.