1 Dead After Officer-Involved Shooting in Ashland 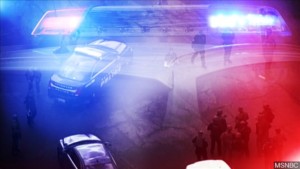 ASHLAND, Wis. – One person is dead after an officer-involved shooting in Ashland.

It happened sometime after 3 p.m. Wednesday on the 800 block of 4th Avenue West in the city limits.

“The shooting is currently under investigation and it will be several hours until the crime scene is clear. Currently, there is no danger to the citizens of Ashland with regards to this event,” according to a post on the police department’s Facebook page.

The Ashland Daily Press reported some type of a standoff that unfolded between 3 p.m. and 5 p.m.

A person who lives nearby told FOX 21 he saw police with assault rifles before hearing multiple shots fired.

It was not immediately known if the person who was shot and killed was a law enforcement officer or a suspect.

We’ll have more details as they are released.