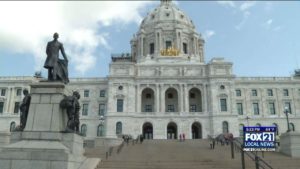 It includes money for some big Duluth projects.

According to Senator Erik Simonson (DFL-Duluth), Duluth’s half-percent sales tax increase for road repairs and about $97 million for the Essentia Health and St. Luke’s Medical District expansion are included in the tax bill.

The legislature also approved a $2 million forgivable loan to the Verso Paper Mill in Duluth.

If the company maintains at least two-hundred jobs, they wouldn’t have to pay that money back.

The budget bills are now heading to Gov. Tim Walz (DFL) for signing.