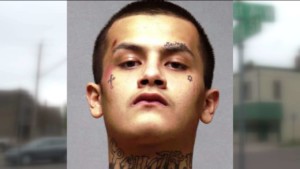 Duluth police discovered Ausineese Aubin Dufault dead from a gunshot wound inside a home while responding to a report of a gunshot in the 2100 block of West Third Street around 2:47 a.m.

At last report from police Monday, there were no arrests or suspects.

“Investigators are actively reviewing the scene and believe there is no threat to the public. Being this is currently an active investigation in the early stages, we will provide an update when more information becomes available,” said Ingrid Hornibrook, the public information officer for the Duluth Police Department.

Dufault is the suspect in a shooting on the same block on April 23.   According to officials, Dufault is accused of shooting at a female acquaintance as she left an apartment where she was allegedly assaulted. A bullet is believed to have grazed her head during the shooting. She suffered non-life threatening injuries.

Dufault, who opted for adult court, was charged with Aggravated First Degree Robbery and Second Degree Assault. He was out on bond when he was shot Monday.