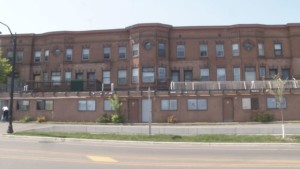 DULUTH, Minn. –  Duluth police were investigating a shooting in the East Hillside neighborhood that injured a man.

The shooting was reported around 12:30 p.m. Sunday at an apartment complex on the 600 block of East 4th Street.

When police arrived, they located a 42-year-old man with non-life threatening injuries to the ear and surface of the head, according to a news release.

During the investigation, officers were able to confirm one shot was fired.

The victim and suspect are known to each other.

There is no threat to the public, according to police.

No arrests had been made as of 4 p.m. Sunday.