UPDATE: Officials say the abducted children have been found safe. The suspect, 25-year-old Jeffrey Lo is in custody.

COTTAGE GROVE, Minn. – An Amber Alert is currently in effect out of Cottage Grove, Minnesota.

Police say shortly after 6:30 a.m. Friday, Jeffrey Lo assaulted the mother of his two children and left the scene in the mother’s mini-van with their two children.

The mini-van is a 2004 Toyota Sierra with Minnesota license plate 708-XEM. The vehicle is tan in color.

Jeffrey Lo is described as an Asian male, 5′ 5″, 180 pounds with brown eyes. The children are Asian females ages one and three. 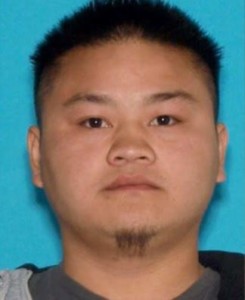