It’s an international observance, coming to be as a result of UN resolution 66/127.

With a rapidly growing global population of seniors, and as longevity increases, abuse of the elderly is an increasing reality affecting health and human rights.

Paananen says although this topic should be a continuous conversation year round, the month is about recognizing, discussing, and raising awareness.

Out of this number, it’s estimated one in ten elders will experience some form of abuse, with one in four cases going unreported.

Abuse is classified as neglect in care from a family member or service provider, financial exploitation, or physical/sexual abuse.

See below for upcoming events in the Northeastern Minnesota, and in Northwestern Wisconsin. 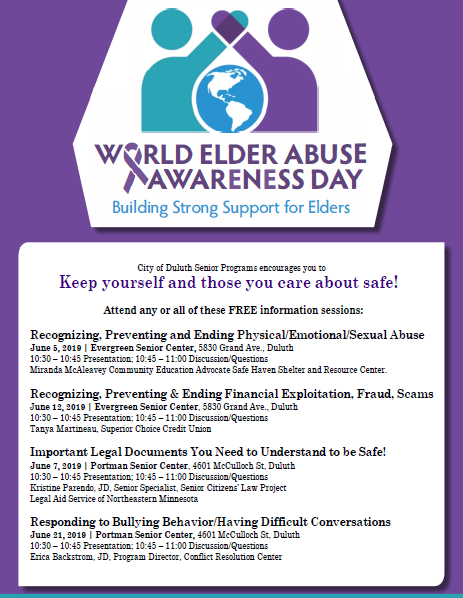 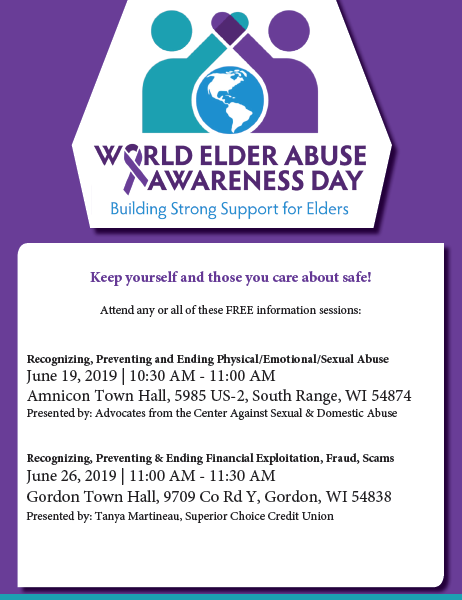