US soccer team parades up Canyon of Heroes 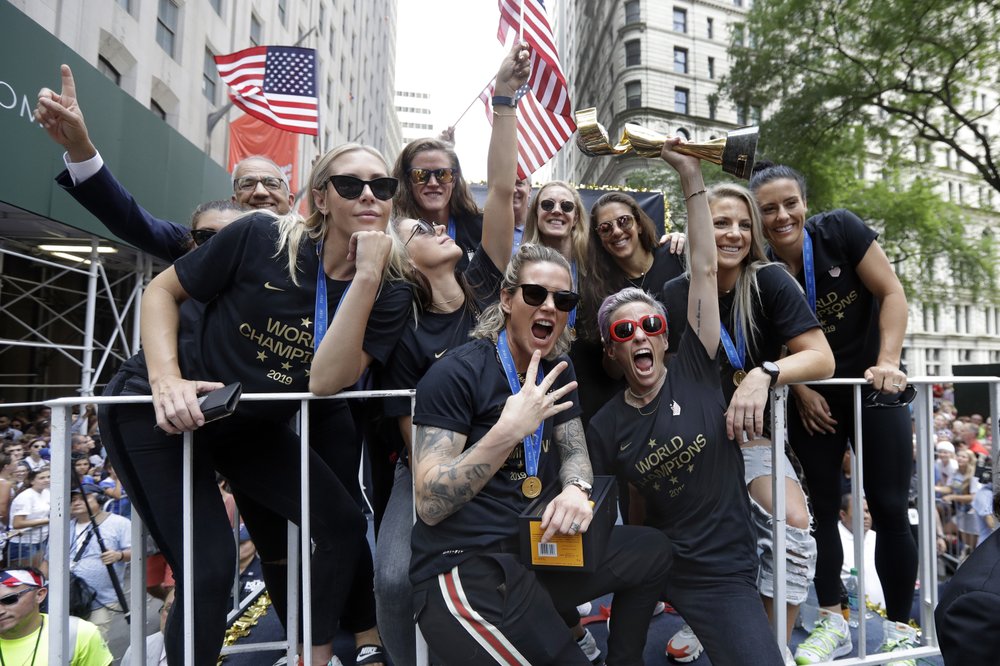 NEW YORK (AP) – Fans of the World Cup champion U.S. women’s soccer team are gathered at City Hall in New York for a ceremony where Mayor Bill de Blasio will give the players symbolic keys to the city.

The ceremony follows a joyful ticker tape parade up Broadway’s Canyon of Heroes.

Co-captain Megan Rapinoe danced and swigged Champagne from aboard a float headed to City Hall.

Many paradegoers said they agreed with the team’s push for pay equity with male players.

Patricia Rice Stella, of Long Island, says that “there’s no closing their eyes or turning their back. It’s time to make a change.”