Dilabio was Last Seen on July 10 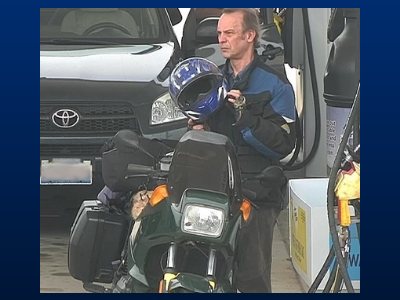 TOWNSHIP OF GORDON, Wis. – The Ashland County Sheriff’s Office is asking for the public’s assistance in locating a missing 66-year-old man from Bonduel, Wisconsin.

Authorities say they received a call from a U.S. Forest Park Ranger around 9:30 a.m. Friday reporting a camper was unaccounted for at the East Twin Lake campground in the Township of Gordon.

Dilabio is described as 5’11, weighing 163 pounds, and had brown hair and brown eyes.

He was riding a 1990 BMW green and yellow motorcycle which was located at the camp site.

If anyone has seen Dilabio or has any information regarding his whereabouts you are asked to contact the Ashland County Sheriff’s Office at 715-682-7023 ext.1.