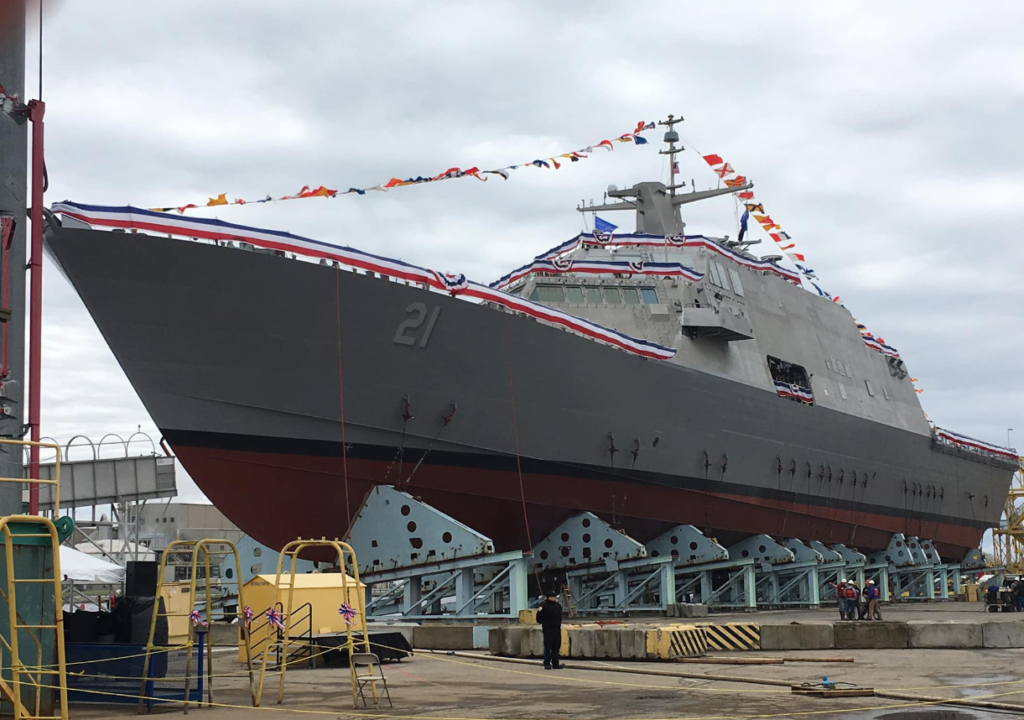 DULUTH, Minn. – Duluth Mayor Emily Larson and Deputy Under Secretary of the Navy Jodi J. Greene announced Wednesday morning that the commissioning of the USS Minneapolis-Saint Paul will be held in Duluth.

“The City of Duluth is honored to be selected to commission the USS Minneapolis – Saint Paul. This is a historic day for Duluth and Minnesota. There are 277 ships in the Navy; only 52 of those are named after cities, of which 39 are submarines. This ship will sail the world with pride, honoring the commitment Minnesotans have given to the Navy,” said Mayor Emily Larson.

“We are proud to have this ship’s journey into service start in Duluth. “Littoral combat ships are designed to operate in more areas than a typical Navy ship, including shallow water near the coastline, “said the ship’s sponsor and Northfield, Minnesota native Deputy Undersecretary of the Navy Jodi Greene. “Consequently, LCS 21is going to bring the name ‘Minneapolis-Saint Paul’ all around the globe. As host to the commissioning, Duluth will play a critical role in her history and her mission.”

The commissioning is expected to happen in the next 12 to 16 months.

The Navy League of the United States, Minnesota Council will serve as the host committee for the commissioning effort. “We are looking forward to working closely with the cities of Duluth, Minneapolis and Saint Paul to help deliver a once in a lifetime event all Minnesotan’s and ship sponsors will be proud to experience,” said Bill James, President of the Navy League Minnesota Council.