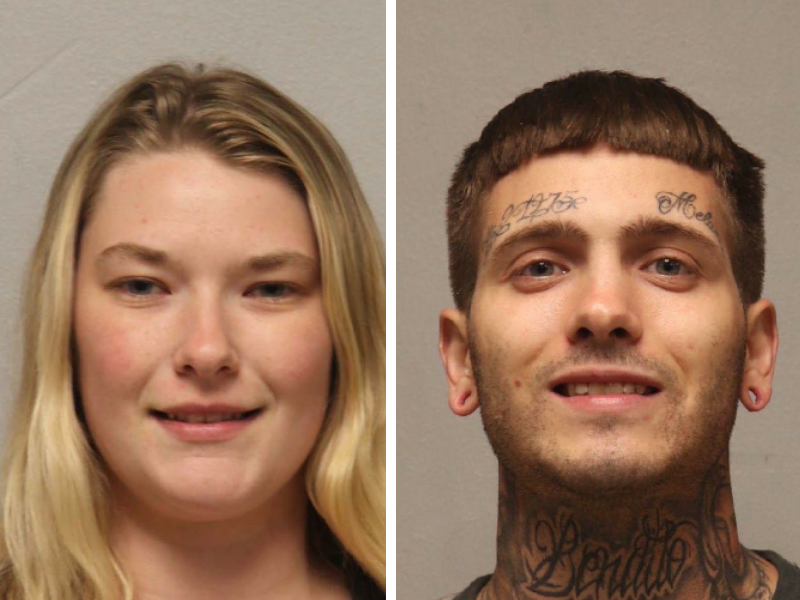 Authorities say a search warrant was obtained for a residence at 3101 West 3rd Street but due to a known presence of firearms at the location officers waited for the suspects to leave the home.

Matthew Hanson, 23, was arrested on the 2400 Block of West 3rd Street after he left the residence.

Alyssa Donahue, 22, was located in a separate vehicle at the same location but attempted to flee police during Hanson’s arrest.

Officials say Donahue ignored commands from an officer to stop her vehicle. The officer was able to force the vehicle into park and sustained a knee injury from being dragged during the incident.

Investigators executed the search warrant where they located 363 grams of methamphetamine, 169 grams of cocaine, $2202 in cash, and a loaded 9mm pistol.