North America Only - Rest Of World Waits Until August 30th

NORTHLAND — A first since 2016, an astronomical event called the ‘Black Moon’ occurs tonight. 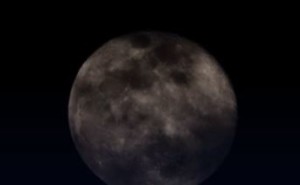 What exactly is it?

Well, you’ve heard of a ‘Blue Moon’ – right? It’s the second full moon within one month. And a ‘Black Moon’ is the second new moon of the month. This is something that rarely happens and is just as uncommon as a leap year. Usually a lunar cycle takes approximately 29 days to complete. Since we are in the summer months, which are usually slightly longer in days, we occasionally get two new moons in the same month – like tonight!

What will I see during a black moon?

Honestly, probably nothing.
A black moon is a new moon, so it will blend into the sky. The moon is also going to be a ‘Supermoon’, meaning the moon will appear bigger than usual because it’s closer to the Earth, but because it’s a new moon you’ll still barely be able to see it.

But a dim lit moon, means a darker sky! So it’s best for stargazing, and as luck would have it, the Milky Way is best seen in late summer.