The Fundriaser for the Lake Superior Zoo is Happening Wednesday, August 7

DULUTH, Minn. – Since The Lion King was released 25 years ago, we have lost half of Africa’s lions. Officials estimate only 20,000 remain.

Disney and the Association of Zoos and Aquariums (AZA) are now teaming up to bring awareness to the declining lion population with their Protect the Pride campaign.

Haley Hedstrom with the Lake Superior Zoo says the facility thought this would be a great opportunity to partner with Marcus Duluth Cinema to help raise money for the Lion Recovery Fund.

On Wednesday, August 7, $1 from any movie ticket sold will be donated by Marcus Theaters to the Lion Recovery Fund.

“By collaborating with a community partner like Marcus Duluth Cinema, we hope to raise awareness of the threatened lion population in Africa and educate the public about how they can make a difference even here in Minnesota,” said Director of Marketing and Development Haley Hedstrom.

Zoo Crew, the Lake Superior Zoo’s summer teen program, will be on location at the Theater from 4:30 – 7:30 p.m. with coordinator Kaylee Krogstad to be ambassadors for the Zoo’s three African lion siblings Leo, Lily, and Malkia, as well as showcasing lion artifacts and interacting with the public.

You’re encouraged to show the flyer below to the ticket attendant before your purchase. 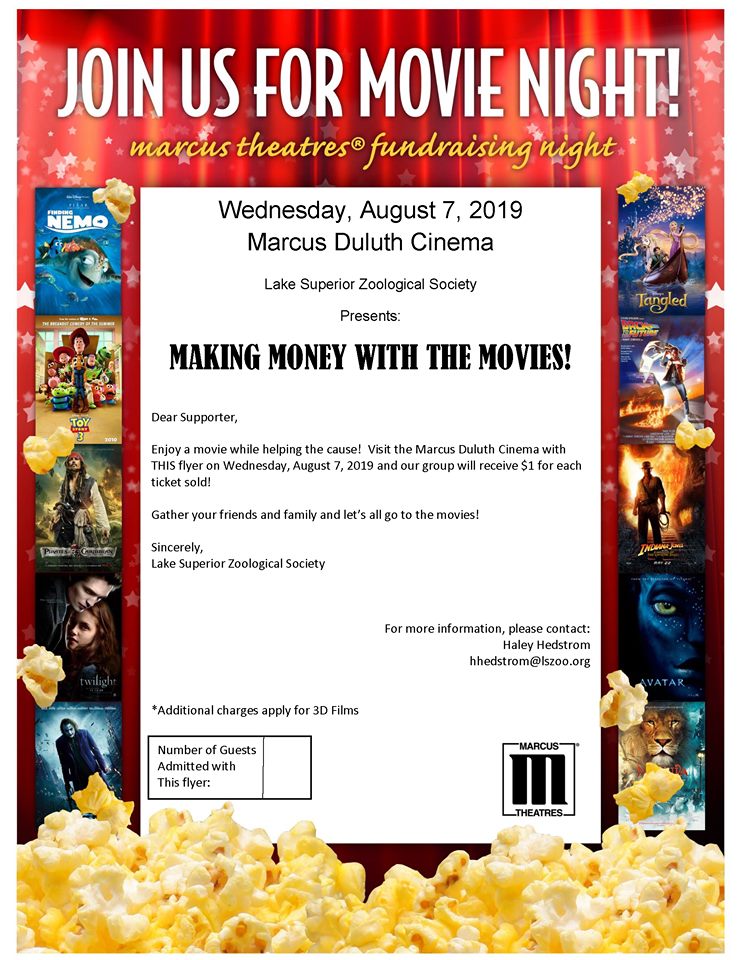