The City Received 195 Submissions From 98 Artists 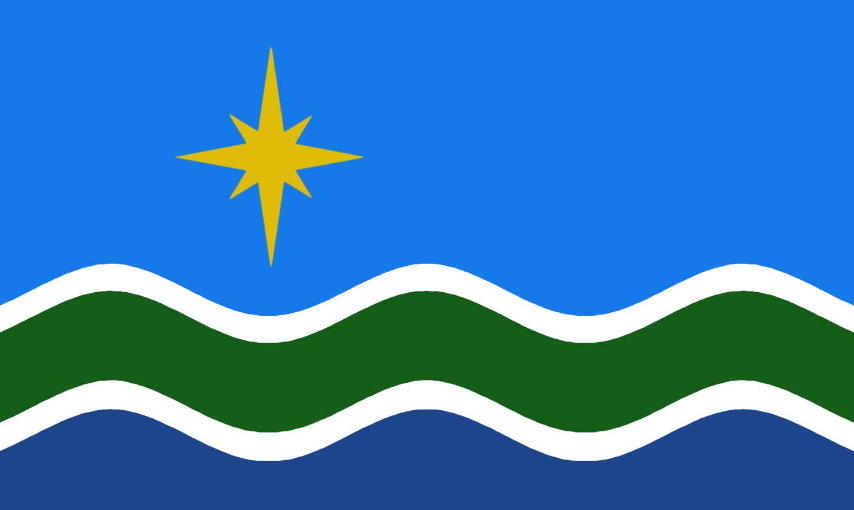 DULUTH, Minn. – The City of Duluth has selected a new flag.

The city says after they asked the community to submit designs for a chance to create Duluth’s new flag they received a total of 195 submissions from 98 artists.

Blane Tetreault was selected as the contest winner. A resolution to adopt his flag will be part of the City Council agenda on Monday.

“This was a once in a lifetime opportunity to contribute to a community that I love,” Tetreault said. “My goal in participating in this project was to help establish a symbol that represents the rich history, culture, and natural beauty of Duluth.”

The idea to design a new city flag was brought forward during the Imagine Duluth 2035 community engagement process.

“Flag design, or vexillology, came up as a Big Idea during the Vision Committee process for Imagine Duluth 2035. As we explored the idea, it was clear that citizens weren’t widely aware that Duluth had a city flag.  We also learned that the current flag’s design isn’t always considered an inclusive symbol for all Duluthians,” said Adam Fulton, Interim Director of the City Planning and Economic Development Department. “The Duluth Flag project was created from that original feedback, and provided a forum for a community-driven process.”

According to the Tetreault’s flag design statement, “the colors in the flag represent the clear blue of the sky, refreshing water of Lake Superior, deep green of the north woods, and snowy winters.”

The design symbolizes Thompson Hill, Enger Hill and Hawk’s Ridge while the star symbolizes the Zenith City of the North.