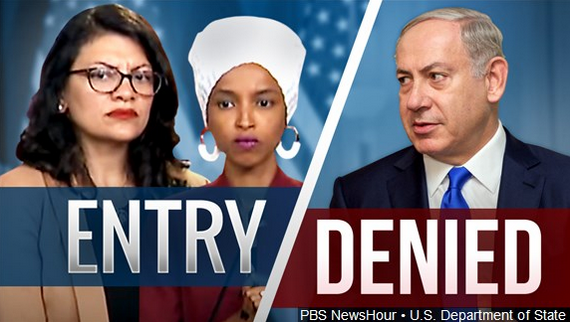 JERUSALEM (AP) – Prime Minister Benjamin Netanyahu says Israel “is open to all visitors and all criticism,” but will bar entry to two U.S. Democratic congresswomen over their support for boycotts.

Netanyahu’s office issued a statement Thursday saying that based on Reps. Rashida Tlaib and Ilhan Omar’s itinerary for an upcoming visit to the West Bank and Jerusalem, “it became clear that they are planning a trip whose sole purpose was strengthening the boycott and negating the legitimacy of Israel.”

The prime minister said Israel had welcomed 70 Republican and Democratic members of Congress “with open arms,” and that “there’s not a state in the world that respects the United States and the U.S. Congress more than the state of Israel.”

The decision was announced shortly after President Donald Trump tweeted that it would “show great weakness” to allow the congresswomen in. 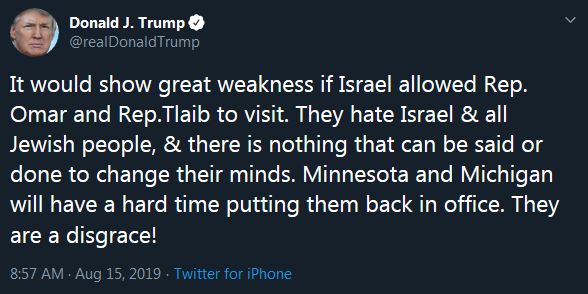 Tlaib and Omar are outspoken critics of Israel’s treatment of the Palestinians, and have been the subject of repeated attacks by Trump in recent weeks, including a series of racist tweets last month.

Minnesota Jewish leaders are criticizing Israel for barring a visit by Democratic U.S. Reps. Ilhan Omar of Minnesota and Rashida Tlaib of Michigan over their support of a Palestinian-led boycott movement.

U.S. Rep. Dean Phillips, who has been critical of Omar for earlier remarks on Israel, says he’s “horrified” that what he calls two of the world’s great democracies are acting “counter to the very principles of a free and open society.”

Steve Hunegs, executive director of the Jewish Community Relations Council of Minnesota and the Dakotas, says a visit would have allowed the congresswomen to “experience Israel in all of its complexity, including its robust ideological, ethnic, and religious diversity.”

Minneapolis Mayor Jacob Frey says Omar should be allowed to visit Israel to see the facts for herself directly.