Students Returning to School Damaged by Explosion in 2017

Two People Were Killed in the August 2, 2017 Explosion 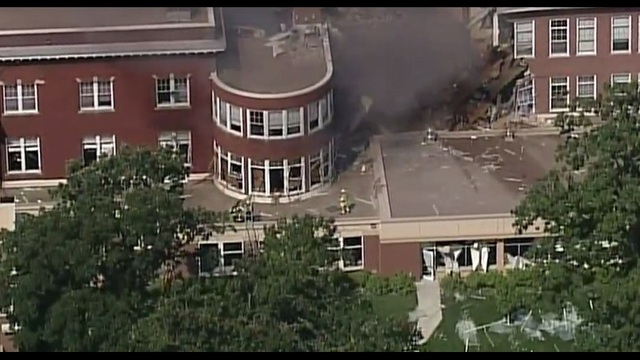 Brick salvaged from the rubble as well as stone stair treads have been incorporated into the new construction. Two wooden benches in the lobby have plaques that memorialize receptionist Ruth Berg and custodian John Carlson, who were killed in the Aug. 2, 2017 blast.

The explosion occurred when workers attempted to replace a gas meter in the basement of the school’s original century-old building.

Minnesota Public Radio News reports school officials say a $50 million capital campaign paid for the reconstruction. About 400 students are expected to transition from a temporary high school space in Mendota Heights to the new campus.