DULUTH, Minn. – A 20-year-old man is behind bars after a shooting in Duluth’s Lincoln Park neighborhood left two random homes with bullet holes. 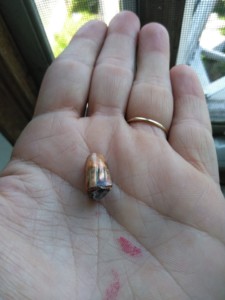 Stray bullet that ended up in a random home after a shooting incident in Lincoln Park Tuesday. 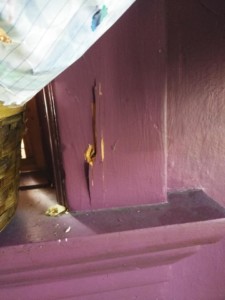 The impact of a stray bullet that entered a woman’s home in Lincoln Park during a shooting incident outside.

The shooting was reported around 12:30 a.m. Tuesday near 24th Avenue West and 3rd Street.

The suspect was arrested just blocks away after speeding off from the scene, according to police.

Meanwhile, bullets from the shooting hit two homes – one which had six children inside.

Angie Johnson sent us photos of one of the bullets that went through her living room and ended up lodged in the wooden frame on her wall.

No one inside the homes was injured.