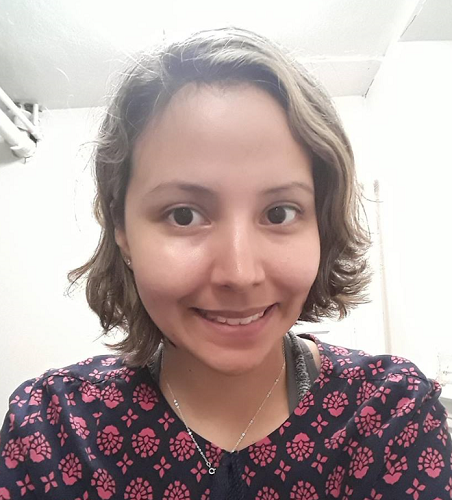 The St. Louis County Sheriff’s Office is still in search of information regarding the whereabouts of Priscilla Sohm. Over the past month Priscilla has been in contact with her family. Unfortunately, she is unwilling to come home or ask for assistance.

Priscilla is diagnosed with mental health issues that designate her as vulnerable. She is believed to be accompanied by a friend named Joseph Reynolds.  On August 13th, Priscilla was observed in downtown Duluth however she was gone before law enforcement could locate her. She is still likely to be in the Duluth/Superior Area.

Anyone with information regarding Priscilla Sohm is asked to call the St. Louis County Sheriff’s Office Investigative Division at 218-336-4350 or 911

Authorities say Sohm has a history of leaving the home without permission. She was recently reported as missing for approximately a month in May.

Sohm is described as having black hair, brown eyes, approximately 5’8”, and weighing 150 pounds.

If anyone has information please call 911 or the St. Louis County Sheriff’s Office Investigation Division at 218-336-4350.