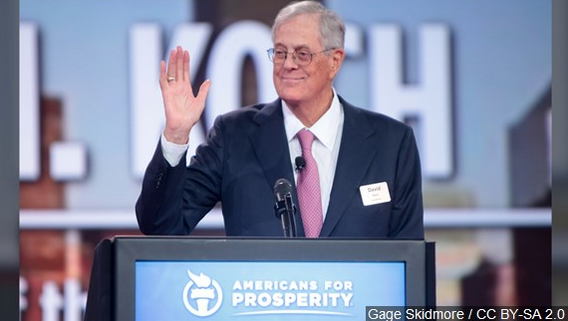 WASHINGTON (AP) – Billionaire David Koch has died at age 79. Koch was a major donor to conservative causes and educational groups.

His older brother, Charles Koch, said on Friday, “It is with a heavy heart that I now must inform you of David’s death.”

The Kochs were best known for a vast political network they built that became popularly known as the “Kochtopus” for its far-reaching tentacles in support of conservative causes.

David Koch was an engineer trained at the Massachusetts Institute of Technology. He joined Wichita, Kansas-based Koch Industries in 1970 and served on its board.

He was chief executive officer of Koch Chemical Technology Group, a Koch subsidiary.Charles and David Koch each had an estimated net worth of $50.5 billion, tied in 11th place in 2019 on the Forbes 500 list of the nation’s richest men.