His next court appearance is scheduled for September 3 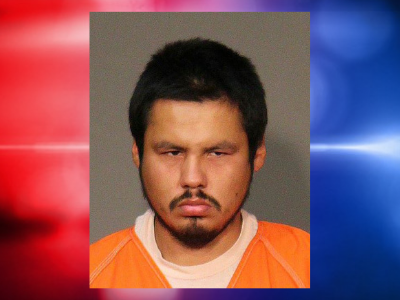 ITASCA COUNTY, Minn. – A 28-year-old Deer River man, identified as Kevin Daniel Jackson, has been charged with second-degree murder in the death of his girlfriend’s 4-year-old son in Inger earlier this week.

Authorities say they responded to a call of a non-responsive four-year-old boy around 5:00 p.m. on Wednesday.

When officers arrived they found a child being held by his mother and noted bruising near the child’s eyes. Life-saving efforts were unsuccessful and the child was pronounced dead.

Deputies say life flight medical personnel noted the child may have been suffocated to death.

According to the criminal complaint, officers learned the child’s mother had used methamphetamine with her boyfriend, Kevin Daniel Jackson, the night before and she had slept most of the day.

She told officers that Jackson got into bed with her around 4:00 p.m. and he was crying. He told her “sorry that he left” which she thought was weird.

The mother told authorities that she went upstairs and found her son lying on the living room couch wrapped in blankets. She said when she unwrapped him his lips were blue.

According to the criminal complaint, deputies found Jackson at the neighbor’s house sitting on a trampoline in their backyard. He was arrested and brought to jail.

According to reports, Jackson remains on probation for a 2015 drug offense and has a probation violation warrant for his arrest for use of methamphetamine among other allegations.

His next court appearance is scheduled for September 3.