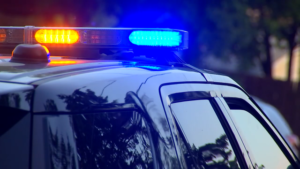 Police say the 26-year-old victim fell into the creek near the 500 block of Lincoln Park Drive while running away from the suspects.

Investigators believe the suspects are known to the victim.

No arrests had been made Sunday.

The victim’s injuries are not life threatening, according to police.