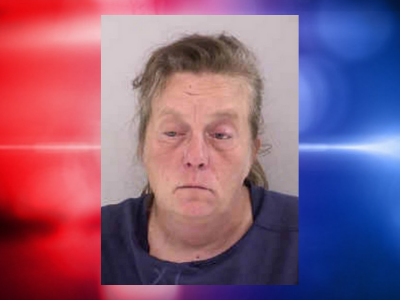 GONVICK, Minn. – A 47-year-old Gonvick woman has been charged with criminal vehicular homicide after authorities say she backed over and killed her boyfriend with her vehicle after a night of drinking.

Authorities say Beth Rose Windus has been charged with two counts of criminal vehicular homicide in the death of her boyfriend Jonathon Sundquist, 51, of Proctor.

According to the criminal complaint, deputies responded to a report of a medical emergency around 11:55 p.m. on Friday at a residence near the intersection of 300th Street Southeast and 420th Avenue Southeast in Polk County.

When authorities arrived on scene they found a male without a pulse lying near the end of a gravel driveway with what appeared to be a pool of blood by his head and tire tracks leading away from the scene.

According to authorities, deputies contacted Windus’s employer who told them Windus came to her house just after midnight looking frightened and told her “it’s bad.” She then asked the woman to go to her house but did not give details of the incident.

When the woman arrived at Windus’s home she found Sundquist lying in the driveway still breathing and moaning so she called 911. She told authorities she did not perform CPR because she could not remember how to do it.

According to the criminal complaint, deputies then spoke with Windus who told them Sundquist had been crabby with her the last couple of days because he had been sick.

Windus told authorities she and Sundquist had been arguing and drinking for most of the day on Friday and when they got home after dinner she told Sundquist to get out of the car so she could go to her bosses house.

When Windus backed up the car she told police she felt a “thump thump” and saw Sundquist on the ground but continued to drive away because she was “a little pissed off.”

Windus was arrested and deputies noted slurred speech and a strong smell of alcohol on her breath. A preliminary breath test read an alcohol concentration of .162.