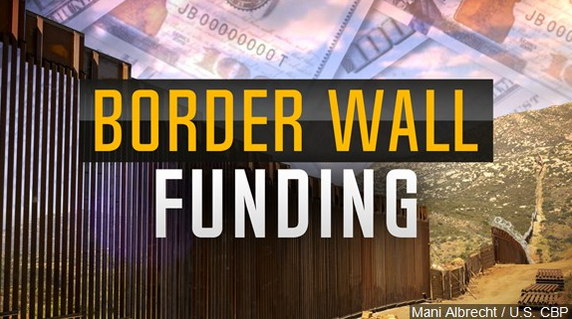 WASHINGTON (AP) – A total of 127 military construction projects are being sidelined by a Pentagon decision to shift $3.6 billion to build part of President Donald Trump’s border wall.

The Pentagon will cut funding from military projects like schools, target ranges, daycare centers for military families, and maintenance facilities to pay for the construction of 175 miles of fencing along the U.S.-Mexico border.

Officials say details about the projects losing their funding will be released after Congress is notified.

The Pentagon comptroller says the projects are being “deferred” and not cancelled, though there is no guarantee the funding will be restored by Congress.

Congress approved $1.375 billion for wall construction in this year’s budget, same as the previous year but far less than the $5.7 billion that the White House sought.