Python on the run at Fond du Lac High School

The Snake Belongs to an Instructor at the School 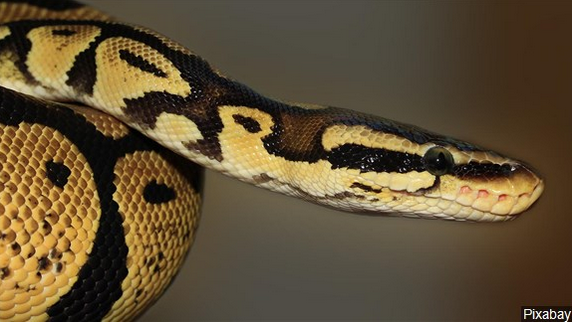 FOND DU LAC, Wis. (AP) – Students and staff at Fond du Lac High School are a bit on edge as the search continues for a missing python.

The 3-foot long snake escaped from its cage at the high school sometime over the Labor Day weekend. Principal Matt Steinbarth says there’s some evidence the snake entered the ventilation system at some point.

Steinbarth says the snake, called Kai, is nocturnal, so it’s unlikely it would come out of hiding during the day. The school says the snake belongs to an instructor and has no history of harming anyone or striking out.

The school has set some traps to lure the snake back into captivity. Voicemails and emails were sent to parents of the school’s 2,000 students earlier this week about the snake’s escape and assuring them Kai does not pose a threat.