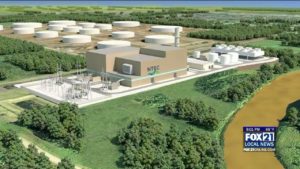 The State Journal reports that the Native American tribe is worried that the Nemadji Trail Energy Center would damage local wetlands, contribute to climate change and promote hydraulic fracturing, or fracking.

The Wisconsin Public Service Commission is considering an application from La Crosse-based Dairyland Power Cooperative and a subsidiary of Minnesota Power to build the 650-megawatt plant.

The utilities say the facility is needed to allow them to move away from coal-fired generation and that it will support more clean energy sources like wind and solar.