The fire department says crews responded to a report of a structure fire at 302 East 3rd Street around 2:23 a.m.

When fire crews arrived on scene they discovered a storage room on the east side of the synagogue on fire.

The synagogue had smoke and visible fire at the eave level of the building as fire conditions rapidly changed. 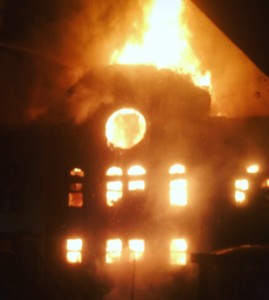 Fire officials say the synagogue was completely knocked down about two hours after the fire broke out. All that is left among the charred remains are the remnants of some structural walls.

According to reports, a fire fighter was rescued from the balcony level of the church after he was struck by falling debris. He was treated at St. Luke’s Hospital and released.

No other injuries were reported.

The Duluth Fire Marshall’s Office is currently investigating the case and origin of the fire.

According to its website, the Adas Israel Congregation is an Orthodox/High Conservative Jewish congregation with a membership of 75 people.

Construction of the synagogue was completed in 1902.

Kids Study Medicine for a Day