The Latest: No Accelerant Signs at Minnesota Synagogue Fire

Two Investigators Assigned From the U.S. Bureau of Alcohol, Tobacco, Firearms and Explosives 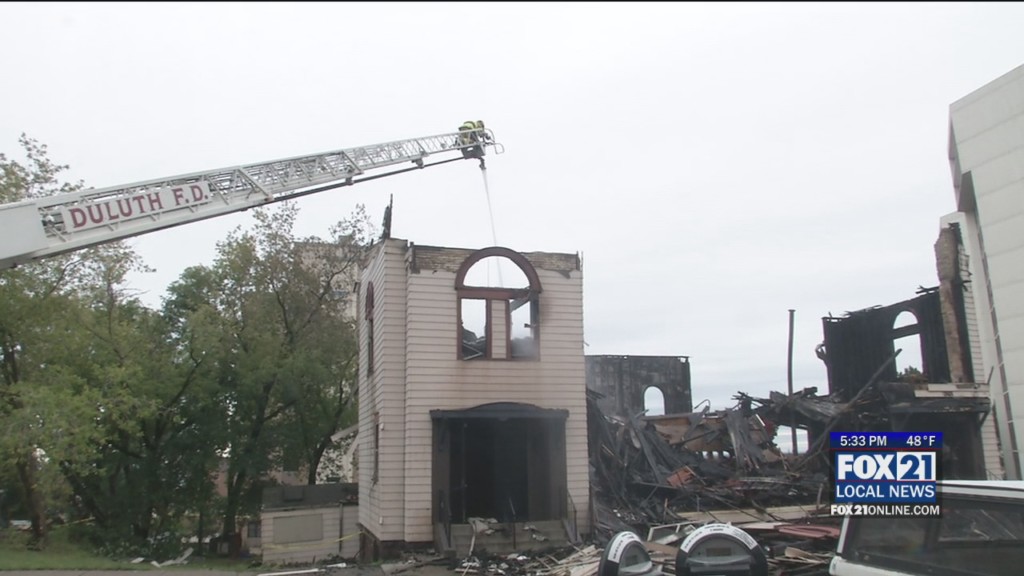 DULUTH, Minn. (AP) – Authorities say a preliminary investigation has found no signs of accelerants at a fire that destroyed a historic synagogue in northern Minnesota.

But Duluth Fire Chief Shawn Krizaj said Monday that further investigation will have to be done once the building is stabilized.

Firefighters responded to the fire at the Adas Israel Congregation in downtown Duluth about 2 a.m. Monday.

Minnesota Public Radio News reports authorities say they have some idea where the fire began. But Duluth Police Chief Mike Tusken told reporters “we don’t have enough facts right now for us to be absolutely sure that happened.”

Two investigators have been assigned from the U.S. Bureau of Alcohol, Tobacco, Firearms and Explosives, which is standard when fires break out in places of worship.

Authorities say eight of 14 Torah scrolls stored in the synagogue were saved.