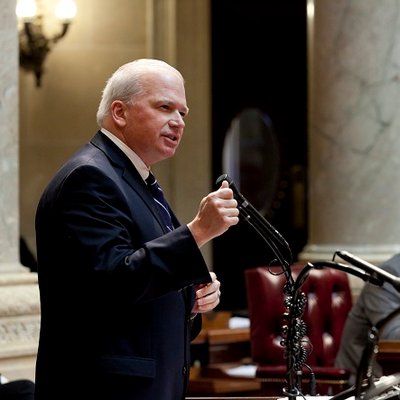 Fitzgerald announced his bid Tuesday on WISN-AM. He is the first Republican to enter the race.

His newly launched campaign website prominently features a picture of Fitzgerald next to President Donald Trump, who is giving a thumbs-up.

Fitzgerald was an early and vocal supporter of Trump’s. The 55-year-old Fitzgerald has been in the state Legislature since 1995 and has been leader off and on since 2011.

Democrat Tom Palzewicz is also running. He lost to Sensenbrenner in the heavily Republican district in 2018, gaining just 38% of the vote.