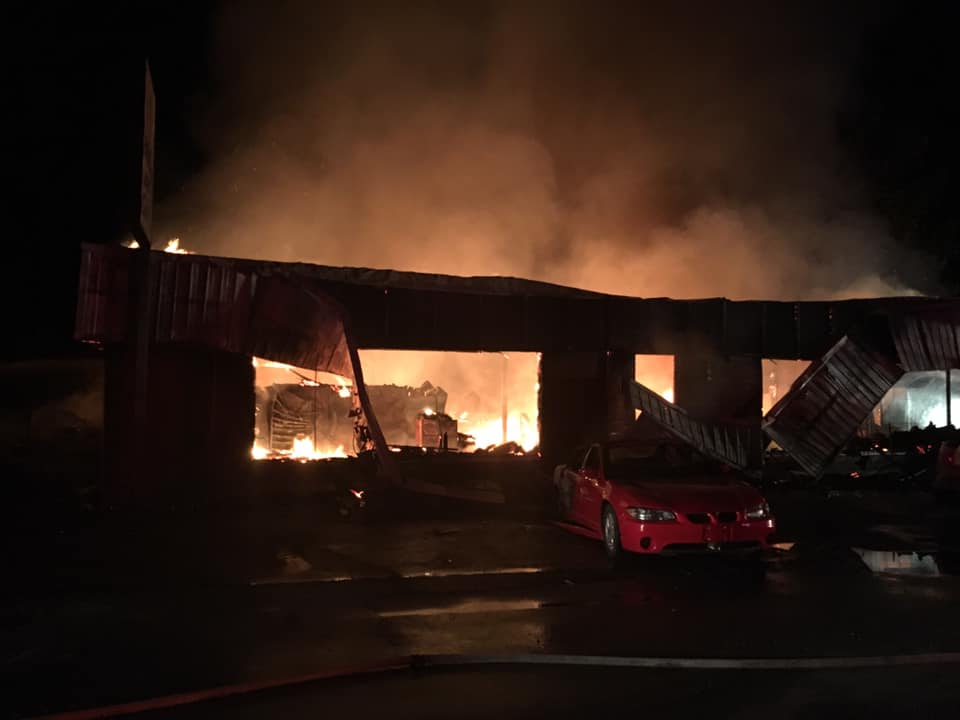 Courtesy: Friends of the Northland FireWire

ORR, Minn. – An early morning fire has resulted in the total loss of Wally’s Auto Service in downtown Orr.

According to Friends of the Northland FireWire and St. Louis County officials, the call for help came in around 1:45 a.m. Monday, September 23.

The service center was fully engulfed in flames when first responders arrived on scene.

The auto dealer and repair business has been deemed a total loss.

The cause of the fire is under investigation by the Sheriff’s Office and the Minnesota State Fire Marshals Office.