DULUTH, Minn. — People in West Duluth can sleep a little easier knowing two men have been arrested in connection to a weekend homicide in that part of town that took the life of 33-year-old Timothy Nelson.

The news of the arrests came as a small memorial began to form where the fatal shooting went down.

Duluth police made the arrests Tuesday — less than 72 hours after the crime took place. 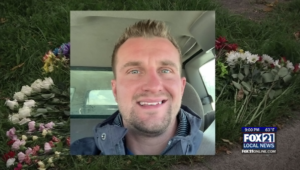 Picture of homicide victim Tim Nelson over flowers placed at the location where he was shot.

FOX 21 will release their names when formal charges are filed by the St. Louis County Attorney’s Office.

But until then, the men are being held in jail on a preliminary charge each of aiding and abetting 2nd-degree murder.

Duluth police say there is no threat to the public.

They are still taking tips and information relating to the investigation.

The shooting happened shortly before 2 a.m. Sunday on the 300 block of North 62nd Avenue West.

Authorities say Nelson died from a single gunshot wound to his abdomen while sitting in his vehicle. 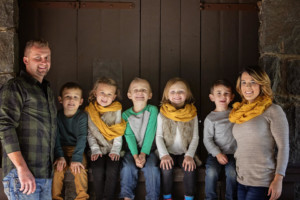 Details of what all went down leading up to the shooting will be released when the criminal complaint is filed with those formal charges.

Meanwhile, longtime residents of West Duluth are relieved arrests have been made.

“I hope the family gets closure for the loss they have endured, and that they can find peace knowing that these guys that did this are in jail,” Butler said.

His wife, Roni, said he will be remembered as a loving father, hard worker and man with a contagious smile.

A GoFundMe account has been set up to help with funeral costs and to support his wife and children.

Remembering D-Day at the Richard I. Bong Veterans Historical Center