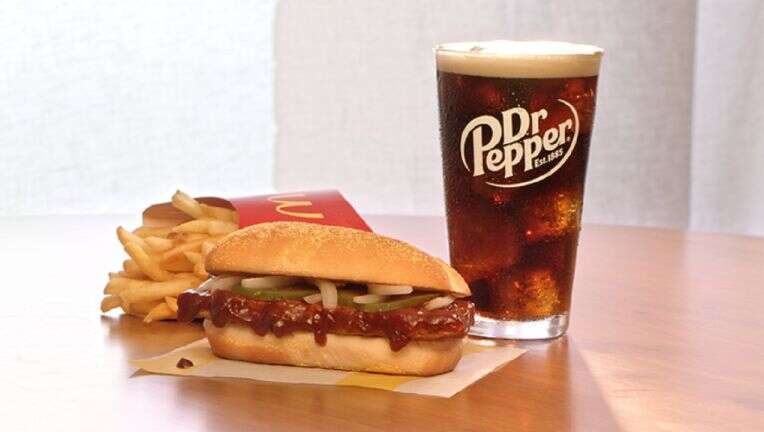 (FOX NEWS) – The McDonalds fast food chain has announced the return of its saucy fan-favorite McRib, which will hit menus at 10,000 restaurants nationwide starting today.

The boneless pork sandwich, which is made with a tangy barbecue sauce and topped with onions and pickles on a long seeded roll, has earned cult status over the years for its limited-time run.

“We’re always listening to our customers and we know the McRib has some of the most loyal fans,” Chef Chad Schafer, Senior Director of Culinary Innovation & Commercialization at McDonald’s USA said in a statement. “This year we’re excited to give every McRib fan new ways to show their love for the sandwich with our saucy McRib GIFS so they can celebrate the season no matter where they live.”

The sandwich usually rolls out around the fall, sticking around for about four to six weeks before being whisked off once again. Last year, the iconic sandwich returned to menus in November.

McRib lovers can check the McRib tracker to find participating locations serving the sandwich – and post about their adoration on Instagram, which McDonald’s has loaded up with McRib GIFs to celebrate “SZN greetings” during #McRibSZN.

Get updates on this story from FoxNews.com.