The School has Been on Lockdown Since 10:00 a.m. Friday

UPDATE: CLOQUET, Minn. (AP) – One man was shot and a suspect was arrested after a shooting on a northern Minnesota Indian reservation.

Police and tribal officials say the shooting happened around 10 a.m. at a community center gymnasium on the Fond du Lac Band reservation, where a funeral was taking place.

Interim Cloquet Police Chief Derek Randall said the injured man was shot in the head, and was being treated at a hospital.

The shooting prompted lockdowns of tribal office and the reservation school.

The Fond du Lac band has about 4,200 members. The school includes children from preschool age through 12th grade.

A woman answering the phone at the school late Friday morning said that everybody in the building was safe and the lockdowns have been lifted. 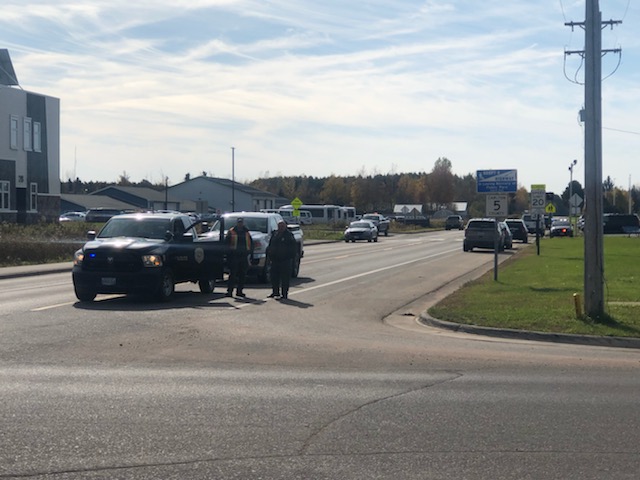 UPDATE: CLOQUET, Minn. (AP) – An Ojibwe school and tribal offices in northeastern Minnesota are on lockdown after an apparent shooting.

It wasn’t immediately clear if anyone was injured.

The Fond du Lac Band said in a statement that initial reports were of a shooting around 10 a.m. near the Fond du Lac Tribal Center.

Both the band’s tribal offices and the Fond du Lac Ojibwe School in Cloquet were locked down.

Police were on the scene.

Police and school officials didn’t immediately respond to messages from The Associated Press.

Many Minnesota schools are closed for the Minnesota Educator Academy Conference, but the Fond du Lac school’s calendar indicates regular classes were in session Friday.

CLOQUET, Minn. – According to school officials, the Fond du Lac Ojibwe School in Cloquet is currently on lockdown.

The K-12 school has been on lockdown since just before 10:00 a.m. Friday morning.

The school said they could not verify if children were attending classes today or what led to the lockdown.

Police have responded to the scene and say there is an active situation in the area of the school. They are advising the public to stay away from the area at this time.

Many schools in the area are closed for the Minnesota Educator Academy Conference, but school officials did not verify if Fond du Lac was also closed for the conference.