The Bulldogs threw plenty of pucks on net, but fell 2-1 to Bemidji State Saturday afternoon 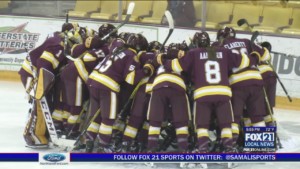 BEMIDJI, Minn.- For the second night in a row, the No. 8 UMD women’s hockey team could not solve Beaver goaltender Lauren Bench as she turned away 27 of the 28 Bulldog shots.

The opening frame would be scoreless, but Bemidji would jump out to a 2-0 lead at the midway point of the contest. Anneke Linser would pot the only goal for the Bulldogs on Saturday early in the second period, her first of the season. Maddie Rooney would make 23 saves for the Bulldogs.

The UMD women return to action next weekend in Buffalo, NY. for the Icebreaker Tournament. They open with Mercyhurst Friday at 4:30 p.m.

Survey: Wisconsin Farmland Worth 10% More Than In 2020

Reviving Ojibwe Spiritual Traditions, One Pet At A Time