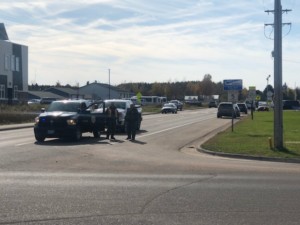 CLOQUET, Minn. – The victim from Friday’s shooting on the Fond du Lac reservation in Cloquet has been identified as 45-year-old Broderick Boshay Robinson of Minneapolis.

According to the Cloquet Police Department, Robinson was released from a Duluth hospital Friday night after sustaining a gunshot wound to the head.

Police and tribal officials say the shooting happened around 10 a.m. Friday morning at a community center gymnasium on the Fond du Lac Band reservation, where a funeral was taking place.

A 28-year-old Minneapolis man was arrested in connection to the shooting and is in Carlton County Jail awaiting formal charges.

Fires and Rioting Continue as Tensions Reignite in Minneapolis